No Mission Too Tough 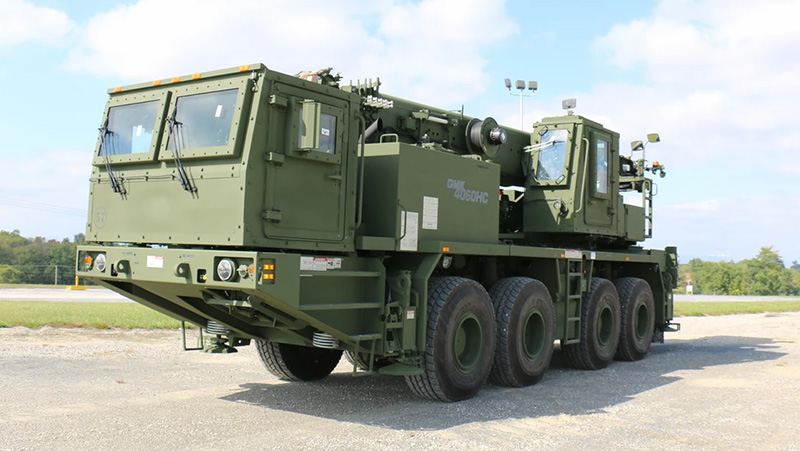 For nearly 60 years, Manitowoc has been supplying the U.S. military with its tough, durable cranes. Many of them are specifically engineered to meet the armed forces’ needs.

Manitowoc supplied its first cranes to the U.S. military all the way back in 1961. Since then a regular supply has continued, with several notable landmarks along the way. In the 1970s, the first customized models were designed: an order of Grove rough-terrain cranes specially adapted to the needs of the American Marine Corps. Then in the 1980s came the RT875CC rough-terrain crane, a unit with unique military features such as special chemical-resistant paint. This was followed in the 1990s by the AT422T all-terrain crane, with features designed to improve operator comfort and performance driving to and on the work site.

“As an American company, we are honored to be able to provide our tough cranes to our military,” said Darryl Mellott, director of government marketing at Manitowoc. “We know that the troops rely on our equipment in the field, so we are always improving our technologies to ensure they have the support they need at the time they need.”

Today, all branches of the U.S. military have Manitowoc brand cranes in their fleets, a mix of both specialized units and standard production models. Grove currently supplies the majority of the U.S. military’s all-terrain and rough-terrain cranes. In addition, the U.S. Armed Forces have National Crane boom-trucks, Grove truck cranes and industrial cranes, and Manitowoc crawler cranes in their ranks.

“Our Grove all-terrain and rough-terrain cranes are the top preference for the U.S. military because they are perfect for their kinds of missions,” explained Mellott. “The troops need durable, user-friendly and compact cranes. Most of the time it is not necessary to lift extremely heavy weight, which would require high-capacity machines, but they do operate in limited areas, with little space for maneuvering, and under rough conditions.”

According to Mellott, today’s favored Grove all-terrain models for military use are the GMK3060L, GMK4100L-1 and GMK5200-1, which all combine compact design, great mobility and fast highway speeds. From the rough-terrain line, the GRT8100, GRT880 and RT530E-2 are popular choices.

The latest customized model for the U.S. military is the Grove GMK4060HC — a four-axle, 60 USt capacity crane that features a MEGAFORM boom and MEGATRAK suspension. Last year, Manitowoc closed a $28.2 million contract with the U.S. Army to provide these cranes over the course of 2020.

“The GMK4060HC is perfectly suited for the Army’s bridging and support operations,” Mellott said. “It is able to ford water up to 48 inches (1.2 m) and can operate in the most extreme sites and high-pressure war zones. It is a tough crane that reflects what it means to be ‘Army Strong’”.

The GMK4060HC has an armored cab and military spec lighting, allowing it to operate in blackout conditions using night vision technologies. It is painted with a special Chemical Agent Resistant Coatings (CARC), resistant to nuclear and chemical attacks, and also features a range of attachments allowing it to operate with either a pile driver, clamshell, concrete bucket or barrier positioning attachment.

The GMK4060HC is light enough to be transported via C5 and C17 aircraft, as well as by trains and on roads, to any part of the world. And if the engine fails while performing a job, it is designed with an auxiliary power unit to allow the crane to be recovered immediately.

For Manitowoc, supporting the U.S. and other military forces around the world with the very best lifting equipment is a huge honor. “No matter how tough the situation, or how high the pressure, our Armed Forces know they can count on Manitowoc,” concluded Mellott. 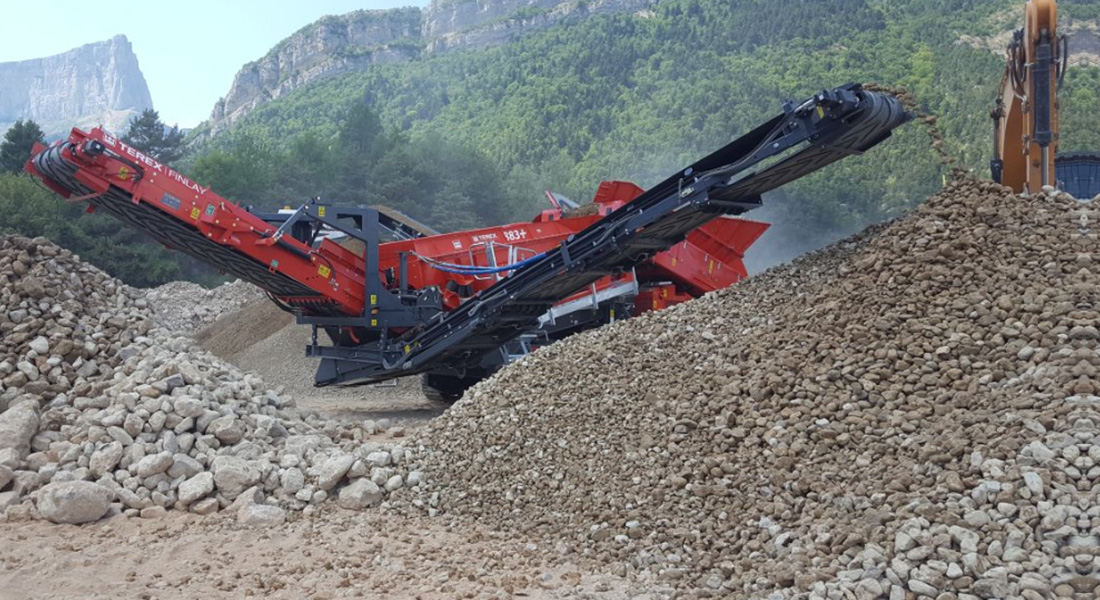 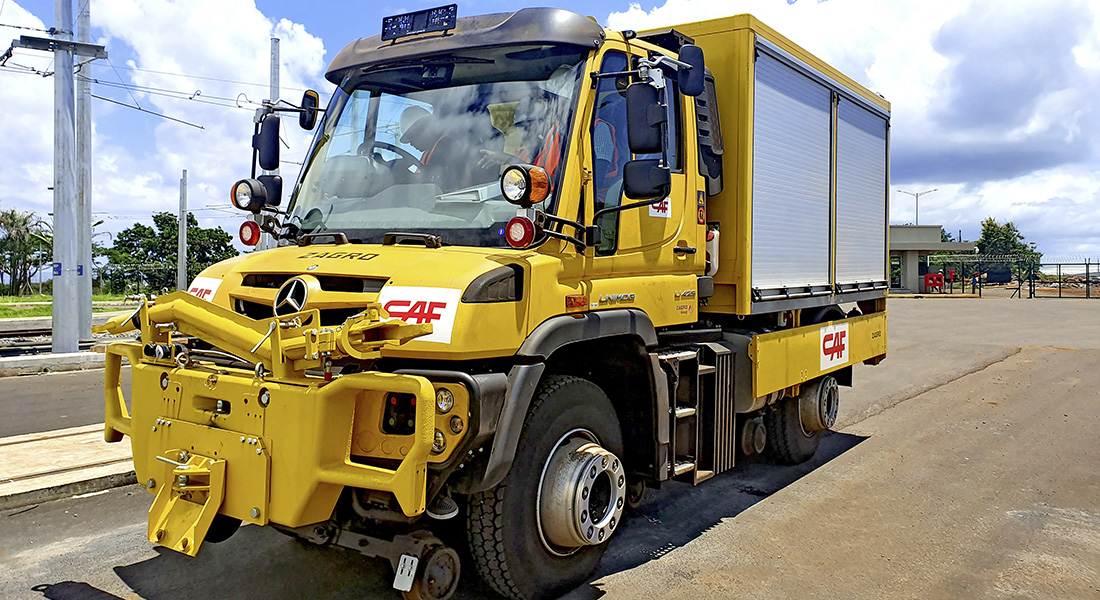 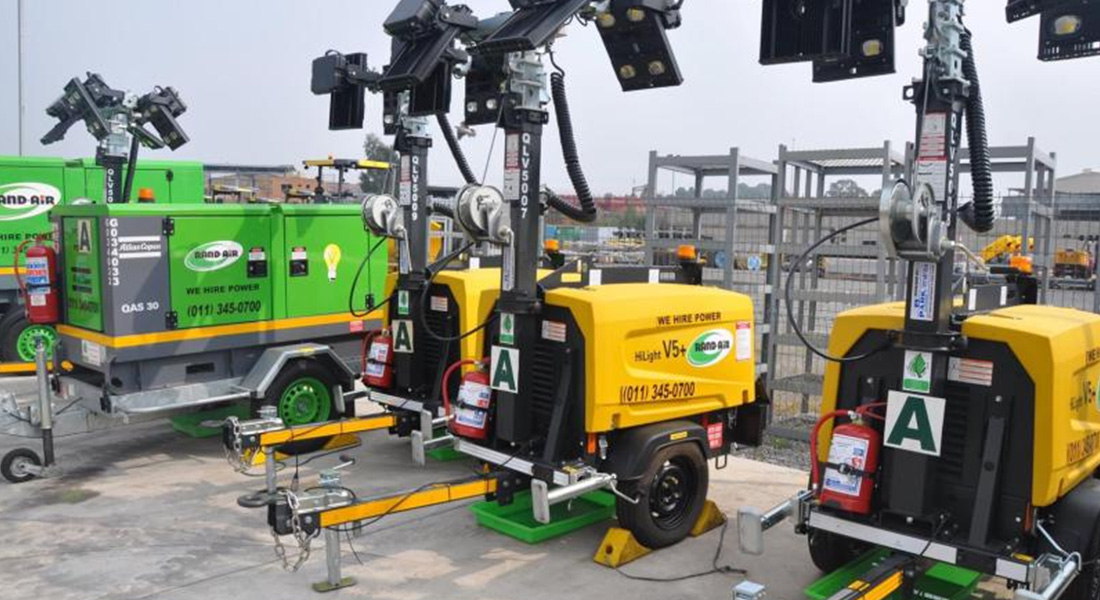