At the Elevation of 4,000 Meters, 20 XCMG Cranes are Dotting the Scenic Landscape of Lhasa River 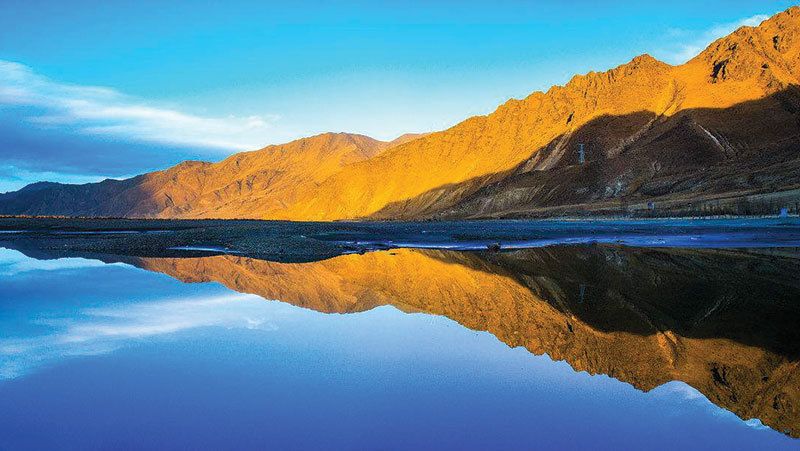 Among the top-ranked historical and cultural cities in China, Lhasa is famous across the globe for its beautiful scenery, long history, unique ethnic customs and strong religious overtones. With a sunny weather, a mild climate, and a sunshine duration of over 3,000 hours a year, it has long been dubbed a Sunshine City and stands out as a world-renowned tourism city. Just now, Lhasa is working tirelessly on expanding its development space and improving its transportation efficiency.

Lhasa River is the mother river of Lhasa City, having made significant contributions to its development over thousands of years. XCMG is designated by the Project Promoter as the preferred equipment provider for Lhasa River Improvement Initiative, which will last for one year, and its 20 or so XCT16 cranes make up the main force of all equipment in the ongoing massive construction project. 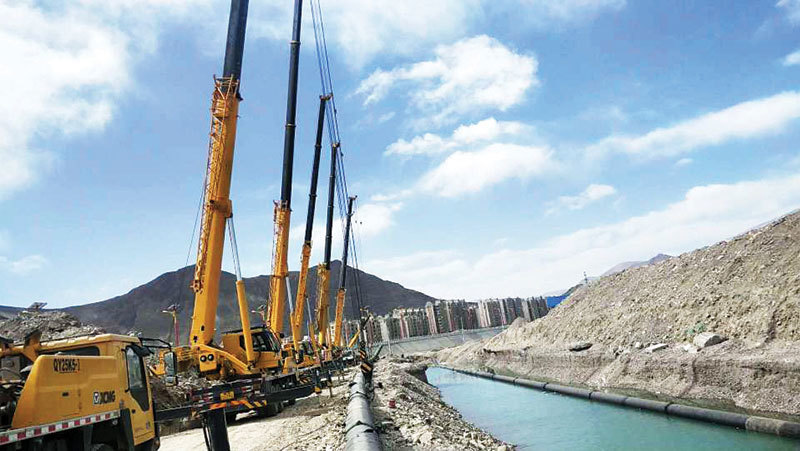 On the sprawling Lhasa River reclamations site, glittering jibs tower aloft hither and thither, operating in full swing: reaching out, luffing, hoisting, rotating and unloading, to push ahead with the Project. Basking in the soft glow of XCMG Gold, the gently bubbling Lhasa River snakes its way into the far horizon, looking like a marvelous landscape painting!

Besides the Lhasa River Improvement Project, XCMG cranes are also ubiquitous on various urban infrastructure development sites across the Lhasa City. For one, the world’s high-profile Lhasa Beltway, widely known as a Herculean Mission for its massive amount of works and huge difficulty in construction, covers nearly 100 km and consists of 7 long tunnels, 27 large bridges and facilities over crossing Qinghai-Tibet Railway. During its most crucial stage in the lead up to the competition, over 90% of all the cranes employed there are provided by XCMG, making significant contributions once again in a world-class mega project. 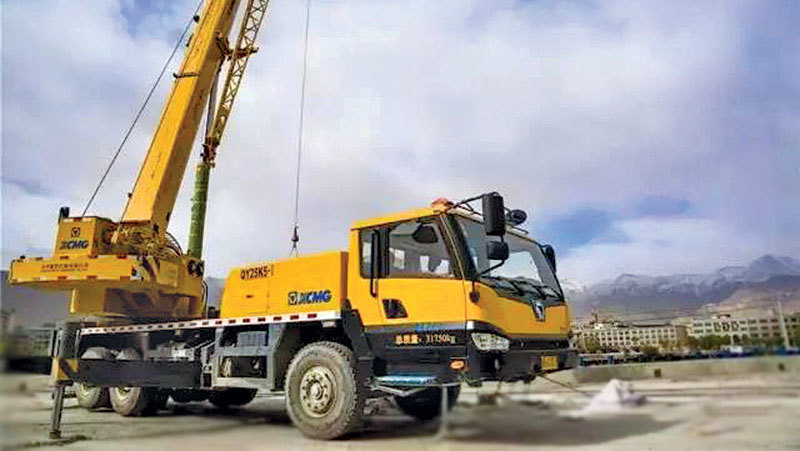 Perched in the Qinghai-Tibet Plateau, Tibet Autonomous Region stands on average at an altitude of more than 4,000 meters above sea level. “Even at places of nearly 4,000 meters above sea level, XCMG cranes operate very well, delivering satisfactory lifting performance either in bridge and road construction or tunnel excavation projects”, exclaimed a XCMG crane operator of his long working experience at the Region.

I have worked under some of the most critical working conditions and the most treacherous surroundings in a lot of different parts of the world, for example, carving out village lanes amid steep cliffs in some faraway places, or laying foundations at an elevation of over 3,600 meters on highlands. As for this road, at some points in the course of its construction, we employed even as many as nearly one hundred cranes. Based on our repeated lifting tests under various complex working conditions, we found out in the end that only XCMG cranes can be able to meet the requirements. Frankly speaking, XCMG cranes are really great, we trust XCMG.