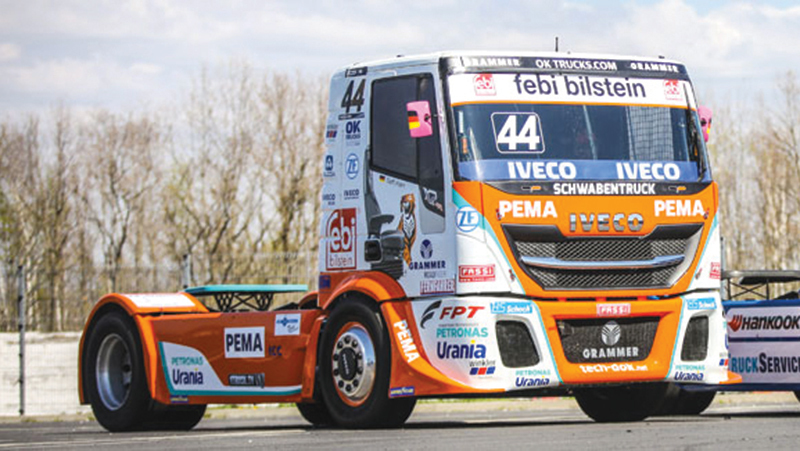 IVECO announced its partnership with the FIA European Truck Racing Championship, which will see it becoming an engaged and active partner within the championship and the recently announced #onetruckfamily campaign, launched by FIA ETRC to address the driver shortage by raising the profile and public perception of this profession. The announcement was made on the eve of the 2019 FIA ETRC season which will kick off with the Petronas Urania Grand Prix Truck event in Misano in Italy on the 25-26 May.

IVECO will be taking part again in the FIA European Truck Racing Championship as technical sponsor of the “Die Bullen von IVECO”, the partnership between the Hahn Racing and Schwabentruck Teams. The latter has represented the brand for the past ten years, while Team Hahn – the 2016 champion – will compete on board a Stralis race truck for the third year running. After last year’s first position in the final ETRC 2018 standings, “Die Bullen von IVECO” are ready to repeat their success in the 2019 edition of the championship.

The brand is supporting the Team with the Stralis 440 E 56 XP-R 5.3-tonne race truck powered by an IVECO Cursor 13 engine that delivers an impressive 1180 hp. These vehicles are specifically designed and equipped to reach 160 km/h, the maximum speed allowed by sporting regulations.

German driver Steffi Halm will return for a second campaign as team leader of the Schwabentruck team. The only woman competing in the Championship, she hopes to improve on last year’s sixth position and fulfil her ambition to succeed in dominating the championship on her Stralis.

Team Hahn will be represented by Jochen Hahn, who dominated the 2018 edition behind the wheel of his IVECO Stralis truck with 12 race wins out of 32 races, finishing 121 points ahead of the second-placed driver.

IVECO will also be represented by two more teams: Reinert Racing, which secured a second place in the ETRC 2018 standings, and Don’t Touch Racing, which will be taking part in the championship for the second year running.

IVECO will take to the track on each of the eight championship circuits, and will be present in the paddocks with vehicle displays, fan shops and hospitality facilities.