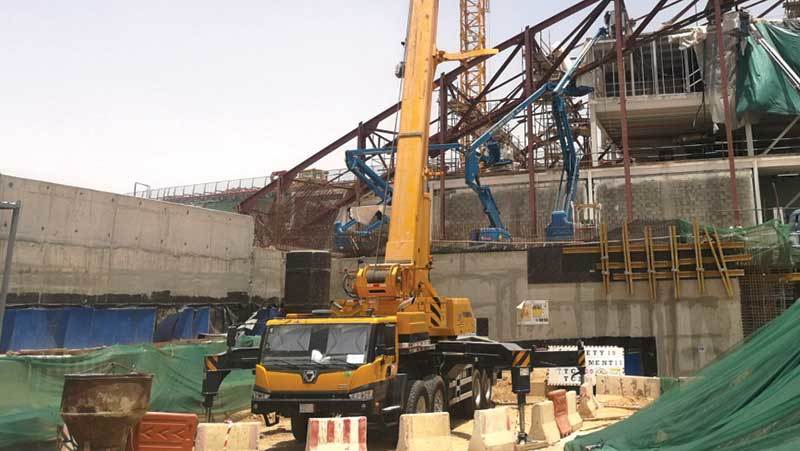 XCT80 truck crane, a star product meticulously developed by XCMG, is really a hit across the world, selling like a hot dog and repeatedly smashing its sales records on a continuously rising flow of orders from both domestic and overseas markets, especially in Saudi Arabia, Thailand, Pakistan... to name just a few. Now, it has been mass-exported to Europe, South America, West Asia, North Africa, Central Asia, Southeast Asia, Africa and other regions, demonstrating its unmatched distinctive appeal over its competitive products and stealing the limelight wherever it stands.

An XCT80 truck crane is busy with its hoisting mission in Yemen. In the base case scenario, it has a 27.5-meter-long boom and a luffing angle as large as 49.8 degrees, and can be able to lift a hoisting object of up to 9.21 tons in weight- meaning that it has a huge rated operating load, and can easily rise to any challenge in most lifting operations.

According to an operator at the customer, hoisting operations at full capacity like this take place here dozens of times each day. When asked about the performance of the XCT80 truck crane, he couldn’t help exclaiming: Absolutely excellent! As far as I know, it was very reliable and powerful, and each time it did very well. More importantly, it didn’t seem quite prone to break down – to put it in other words, it has been operating perfectly well, largely free of any faults, thus, not only contributing to a higher efficiency, but also saving lots of troubles for us. So, I, for one, feel very comfortable with operating it.

Pointing to one XCT80 running over there, he added: for now, we have more than a dozen of truck cranes of different makes at our company, and they are of 150-ton class, of 75-ton class, of 25-ton class, and so on. This one is the first-ever XCMG device we purchased. Now that it is worth much more than the money, I can be rather sure that we will only buy XCMG in future. 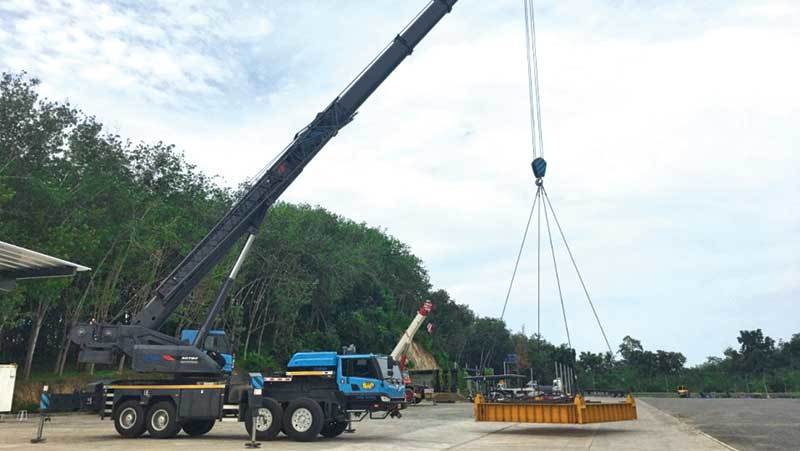 In Saudi Arabia, an XCT80 is completing a lifting operation in a high temperature working environment of over 50 degrees Celsius.

The person-in-charge at the company said: the average temperature in this area is near 30 degrees Celsius, with the highest being up to 60 ones. Even in such a scorching climate, XCT80 can operate perfectly. Besides, with the user-friendly design of the driver room, it also delivers a more comfortable experience to operators. Nowadays, through my personal experience, I am becoming to get the true message from XCMG’s gold principle of Providing Products of Longer Duration with Leading Technologies to its Customers, which is exactly the reason why I have chosen to repurchase time and again XCMG’s XCT80 truck cranes.

In a national elevated expressway project in Riyadh, the capital of Saudi Arabia, an XCT80 is operating day and night alongside lines of iron giants of global brands. The glaring XCMG Gold - the distinctive yellow color of XCMG equipment – is ubiquitous, lighting up the sprawling construction site. Here, the XCT80 stands out once again from its international peers, as it has always done on many other projects. 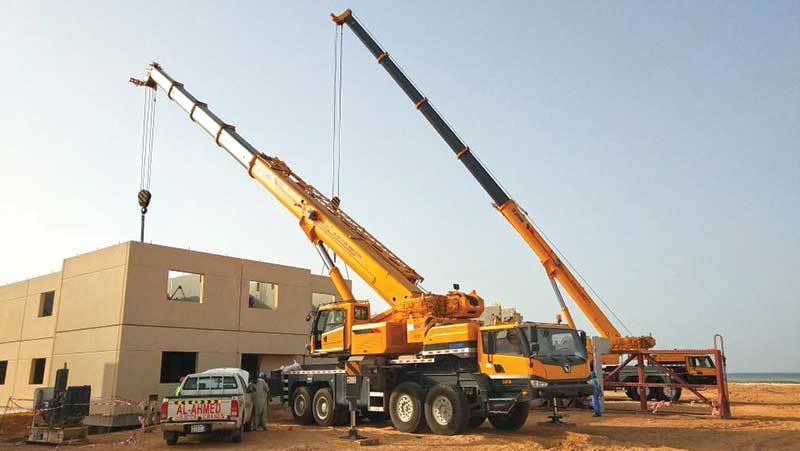