Victory in the First Battle! XCMG Wins an Order of 200 Ne...

Scania and the safety revolution

Egyptian Leaders Prepare to Use RAP 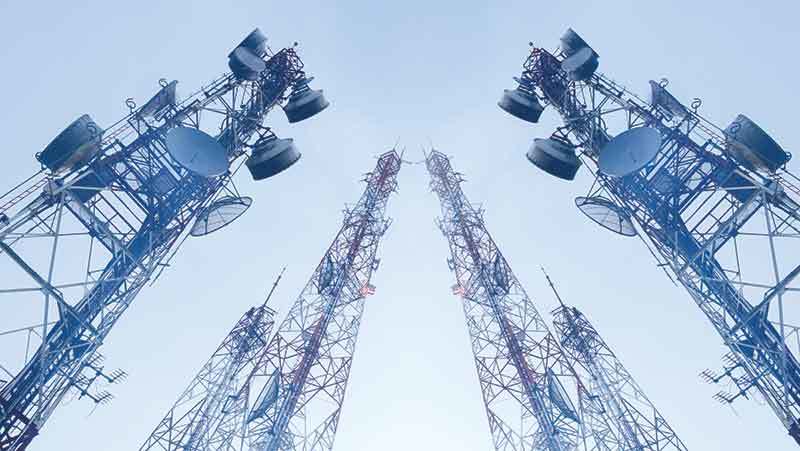 Egypt’s Ministry of Communications will begin work on a 40 billion Egyptian pound ($2.44 billion) telecommunications network in the first phase of a new capital city being built east of Cairo. The communications ministry signed a cooperation agreement with Administrative Capital for Urban Development (ACUD), the new capital’s owner and developer, to begin working on the network over a period of six months.

The new city, known for now as the New Administrative Capital, is eventually expected to cover about 700 square km. The first phase, covering about 168 square km, will have ministries, residential neighborhoods, a diplomatic quarter and a financial district. A large mosque and cathedral, as well a hotel and conference center, have already been built. ACUD would provide funding for the network. Egypt’s government wants to start running the nation from the new capital in the desert from mid-2020. 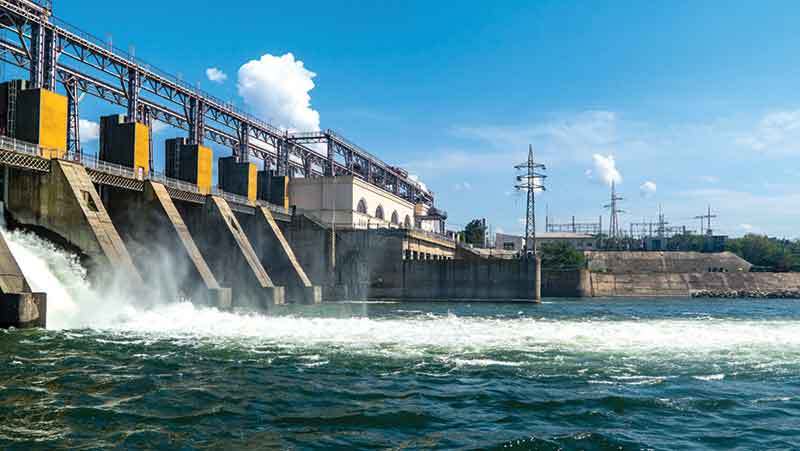 The Mozambican authorities plan to select a consulting firm to implement the 1,500 megawatts (MW) Mphanda Nkuwa hydroelectric project by the end of 2019. Mphanda Nkuwa Dam is a proposed hydroelectric dam on the Zambezi River in Mozambique. The dam would be located about 60 kilometers downstream of the existing Cahora Bassa Dam near the city of Tete.

The power station would have a capacity of 1,500 megawatts while the dam would be 103 meters high and flood approximately 97 square kilometers (24,000 acres) of the Zambezi valley. Once the dam is completed, it is expected that most of the generated power will be sold to South Africa, because of the lack of transmission infrastructure in Mozambique. 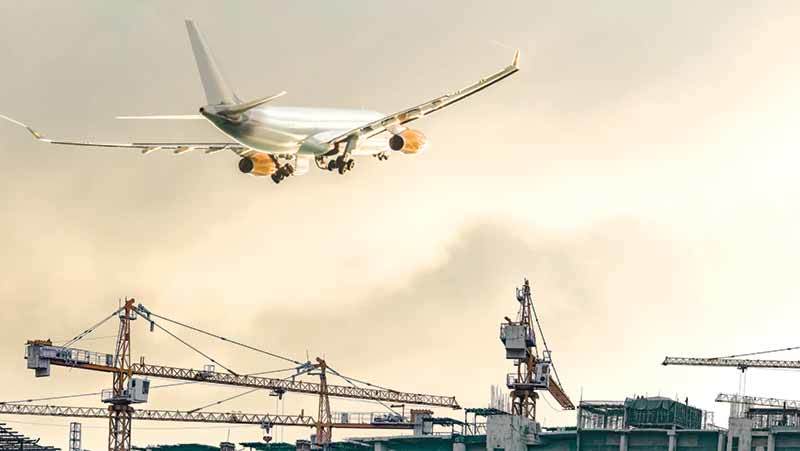 The government of Nigeria has announced plans to commence construction work on the Gusau Airport project. The airport project will be one of the several projects to be executed under the Public Private Partnership (PPP), arrangement which came with a $1 billion approval by the Afrexim Bank. Governor Matawalle signed the agreement on behalf of the state government while Benedict Orama, President of Afrexim Bank, signed on behalf of the bank.

The airport project site situated along Gusau Kaura Namoda road in the outskirts of the state capital is expected to also include the revival of the Bakalori irrigation dam to generate electricity and improve irrigation farming activities. Zamfara State currently has the Gusau airstrip serving the region of Gusau. Upon completion of the development, it will be an international cargo airport. 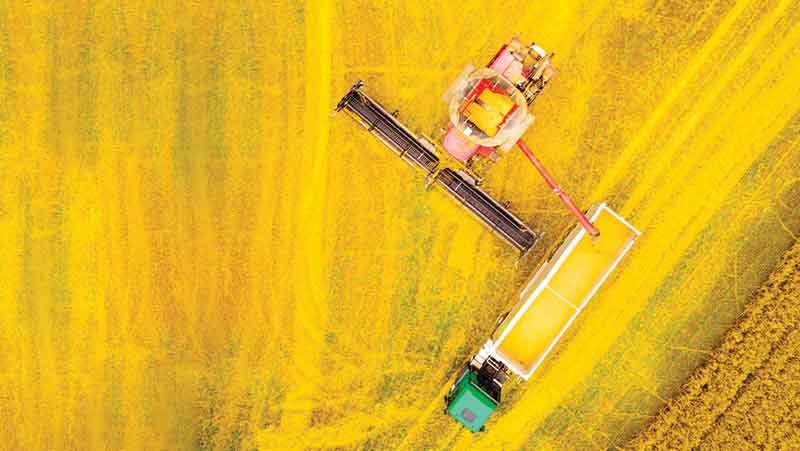 The United States Trade and Development Agency (USTDA) has recently approved a grant for a biomass power plant project in Ivory Coast. It will produce electricity from cocoa pods. Cote d’Ivoire, the world’s top cocoa grower, will go on to construct nine power stations burning cocoa waste. The first plant could be up and running in 2023. Cote d’Ivoire’s cocoa production waste amounts to 26 million tonnes, mainly pods from which the beans have been extracted. The plant would be built in the center of the West African nation at Divo and would generate 60 to 70 megawatts (MW). The new cocoa waste plant would also save the equivalent of 250,000 tonnes of carbon emissions. 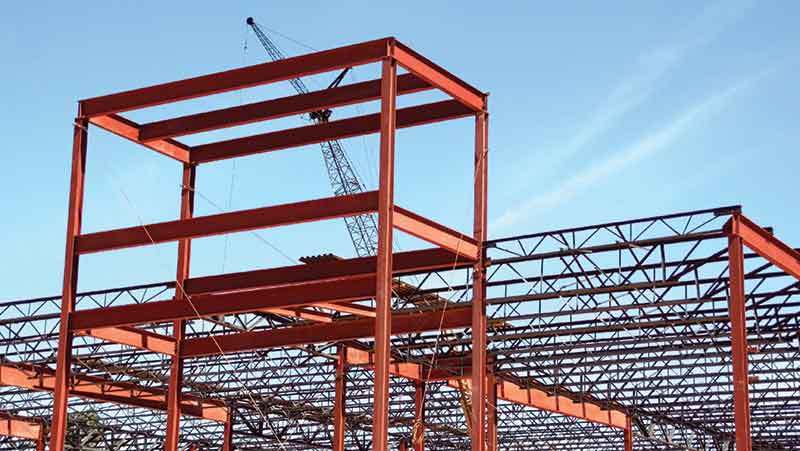 MARAKEZ for Real Estate Investment, one of the largest mall developers and operators in Egypt, has signed the loan agreement for the first phase of its latest commercial project in New Katameya, East Cairo - Mall of Katameya. The $92 million facility backed by Banque Misr, Banque du Caire, Arab African Bank, Misr Iran Development Bank and Arab International Bank will allow MARAKEZ to begin construction on the mall, which is poised to serve a wide range of neighborhoods across the Greater Cairo area.

Strategically located in New Katameya and stretching over approximately 420,000 sqm with 110,000 sqm of GLA, Mall of Katameya will serve various neighborhoods, including Heliopolis, Maadi, Mokattam, Nasr City and New Cairo. The entirety of District 5, in which the mall is located, also includes a residential complex, District Five Residences, with 1,800 state-of-the-art town houses and apartments, as well as, office spaces. This facility is a significant step towards the realization of our latest project in New Cairo: Mall of Katameya. 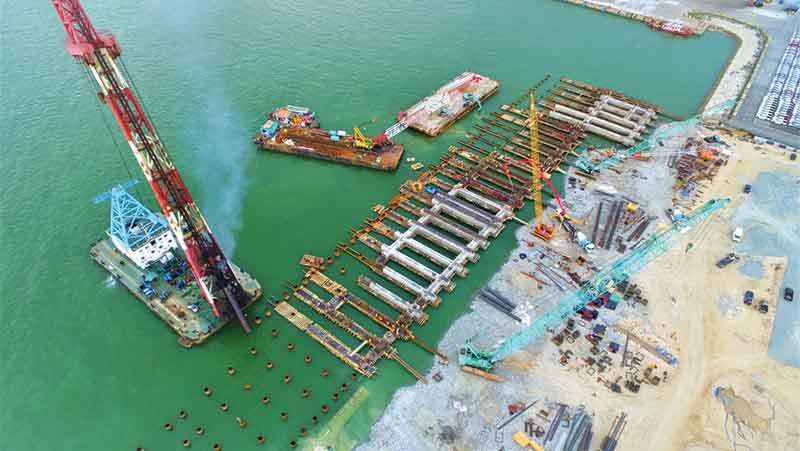 Government officials from Morocco have reportedly been granted permission to build a port worth $1 billion in Dakhla, with its tender expected to be issued by the fourth quarter of 2019 and project completion due in seven years. Morocco’s cabinet approved plans to create a department that would oversee the port’s construction. The project is in line with the country’s development plans for the southern provinces and the 2030 National Ports strategy. The strategy includes the construction of six ports, allowing each region to profit from the dynamic role of port activities.

The committee is expected to launch a tender for the project in the last three months of this year. The government has set a 7-year deadline for the project and a budget of MAD 10 billion. The spokesperson of the Moroccan government, Mr. Mustapha El Khalfi, said that the project is in line with the country’s development plans for the southern provinces and the 2030 National Ports strategy. The strategy includes the construction of six ports, allowing each region to profit from the dynamic role of port activities. 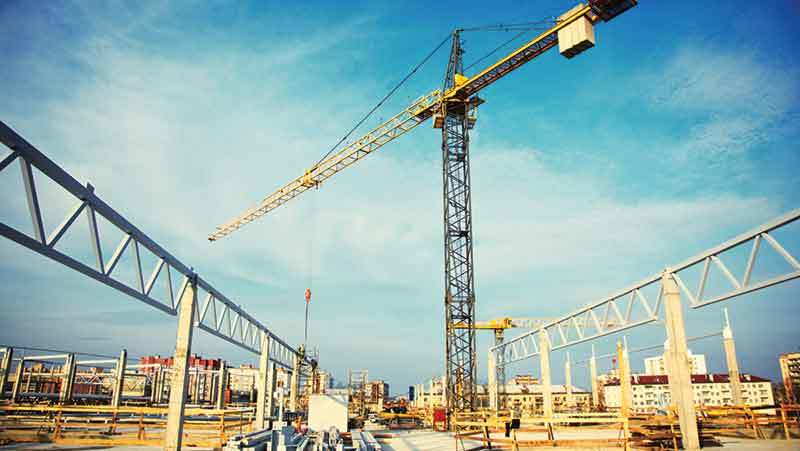 The Kenyan government recently signed a Memorandum of Understanding (MoU) with Japan for the implementation of the projects. The $391 million project is expected to unlock more than 60,000 jobs in Mombasa, the coastal city of Kenya. However this does not mean that the project starts immediately as Kenya is still expected to sign a final print of the deal with Japan in December 2019 after which the construction shall be set to kick off.

Kenya Ports Authority Managing Director confirmed that a MoU was signed and the key shareholders, who in this case are the county and national governments, are working around the clock to make sure that they have a contractor on site before June next year. Funds to finance the project will be granted to the government of Kenya by her Japan counterpart. About 85.92% of the entire amount will be a loan, while the rest will be a grant.

The Dongo Kundu SEZ industrial and commercial hub project is a part of a master plan for the development of the Mombasa SEZ that was conceived four years ago. It is expected to be executed in phases on a 1,326 hectares piece of land with the first phase projected to be ready by June 2022. 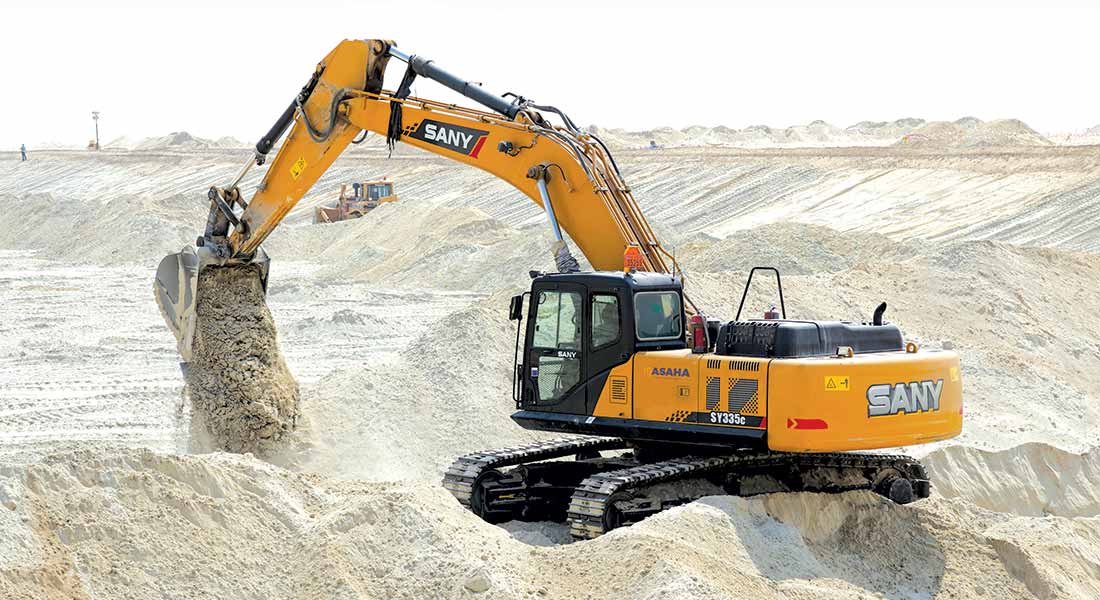 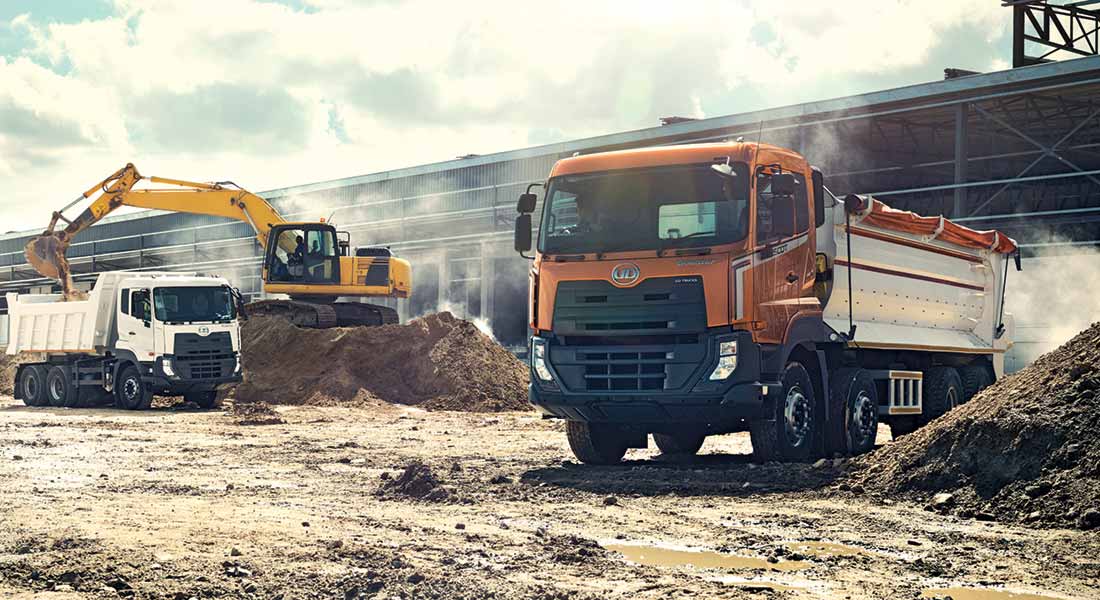 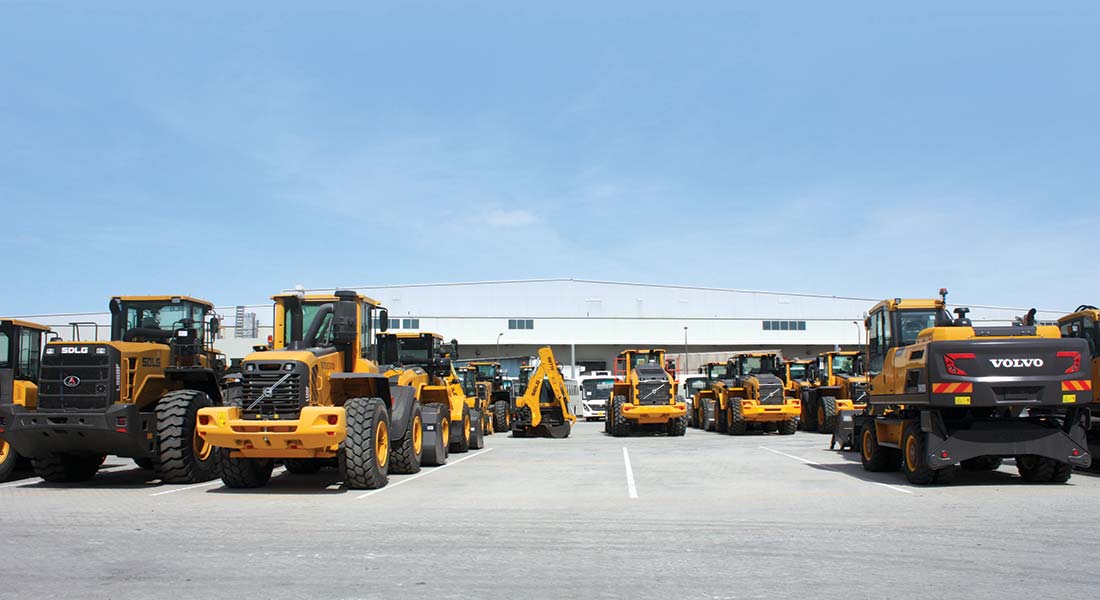