Best Sales Result In The Past Decade:... 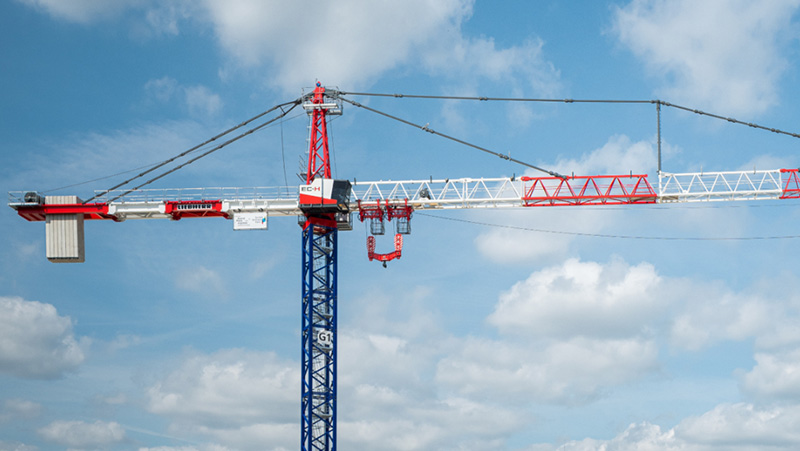 A new 1000 EC-H 40 has recently been erected at the future Line 15 at Noisy Champs station.

Since May 2018, there have been ten 1000 EC-H 40 High-Top tower cranes with very high lifting capacities on the construction sites of the Grand Paris Express. The 1000 EC-H 40 is the largest Liebherr tower crane model operating in France. “The deployment of these cranes is interesting. Whereas the tower crane market in France generally demands lifting capacities of between 12 and 16 tonnes, machines with lifting capacities of over 25 tonnes are needed for the Grand Paris Express project. These large cranes are being used to place pre-cast tunnel lining segments at great speed,” says Christophe Zimmermann, Managing Director of Liebherr Grues à Tour France.

The Grand Paris project includes the construction of four new lines (15, 16, 17 and 18) as well as the extension of line 14 to the north and south. As 90 percent of these lines run underground, the majority of the tunnel is being excavated with tunnel boring machines. A total of around 20 tunnel boring machines are being used along the route. These machines work at great depths of 15 to 55 metres below the earth’s surface, at a speed of 10 to 15 metres per day. The tunnel boring machines perform several functions, namely drilling, removing excavated material, and laying the reinforced concrete rings, i.e. pre-cast tunnel lining segments, which will form the arched ceiling of the underground railway tunnel. These elements generally weigh between 7 and 8 tonnes and are assembled to form a ring, which normally consists of 7 parts. The lining segments are delivered on site by truck. They are then unloaded and stored with the help of a 1000 EC-H, which is equipped with a 4-tonne segment grab, and then lowered into the tunnel structure in batches of two or three. Once there, the pre-cast concrete elements are set down onto material handling wagons and transported to the tunnel boring machine, which then assembles them. The Micromove fine positioning mode enables this to be done with millimetre precision despite the heavy weight of the parts. Other assistance systems, such as the electronic anti-collision system and oscillation damping also ensure precise, safe operation. 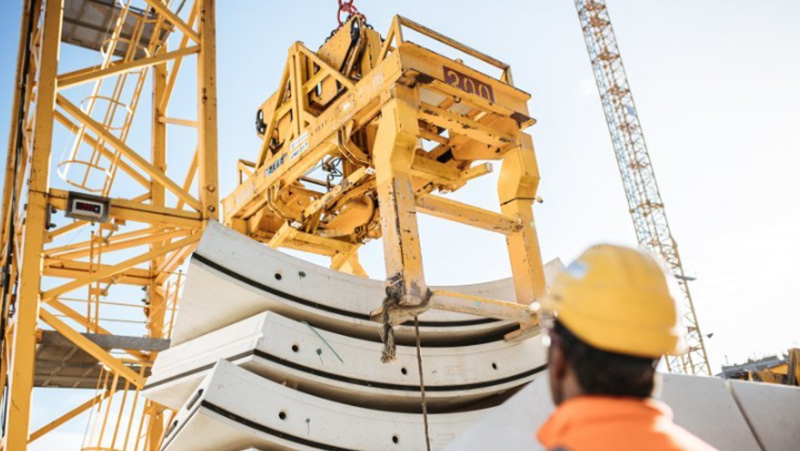 The 1000 EC-H 40 cranes are primarily being used to supply TBMs with pre-cast tunnel lining segments.

The tower cranes are exposed to particularly heavy and repetitive mechanical loads in conditions like this. Eric Klingenstein, Special Projects Manager at Liebherr Grues à Tour, explains, “Tower cranes are the kind of hoist equipment that can meet the very specific requirements of this production logistics. In actual fact, tower cranes are in continuous operation for several months, and even years, on the construction sites of the Grand Paris. To prevent premature wear of crane components, such as the slewing ring for example, we recommend cranes with high load capacities to our customers.” In fact, Liebherr’s experience of such conditions not only ensures that the user takes both load diagram and hook height into account during their selection, but that high handling performance is also guaranteed. Within two years, the 1000 EC-H 40 cranes have become points of reference on the Grand Paris sites.

Customer service that rises to any challenge

The tower cranes have been an important part of the production chain from day one. Therefore, any unexpected machine downtime would lead to work slowing down and significant financial consequences. The Liebherr Service offers maximum availability and guarantees quick response times. To be prepared for all eventualities, Liebherr has set up a stock of spare parts located at its own service facilityin Fontenay-Tresigny. 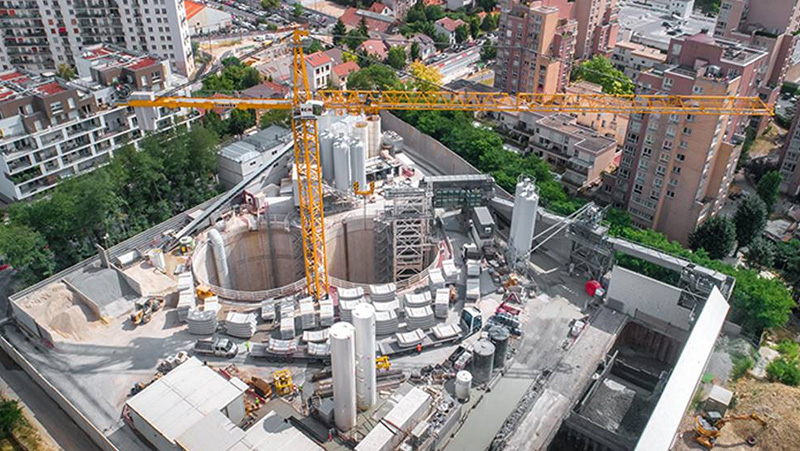 Several of the 1000 EC-H 40s on the Grand Paris construction sites are in operation 24 hours a day.

Package units matched to mobile crane performance and Connect & Work quick assembly connectors facilitate assembly. Jean-Baptiste Mengin, who works for Liebherr’s long-standing partner Europe Montage, and who has been responsible for coordinating the assembly of all 1000 EC-H 40 cranes at the Grand Paris sites, confirms this, “Assembly of the 1000 EC-H 40 naturally required much greater logistics resources due to the size of the elements to be assembled. But the assembly itself remains relatively simple as Liebherr has optimised the crane’s design to support this.”

About the Grand Paris Express

With 200 km of additional automated transit lines, the Grand Paris Express is doubling its current network and, as a result, is the largest inner-city project in Europe.. From a total of 6 million daily rail passengers, 2 million will eventually use the Grand Paris Metro on a daily basis. In addition, the city will see transformation and increased density along the entire network. The construction of 71 new stations is already being accompanied by numerous urban projects. New neighbourhoods will be created, bringing together a variety of housing, shops, offices and other facilities. 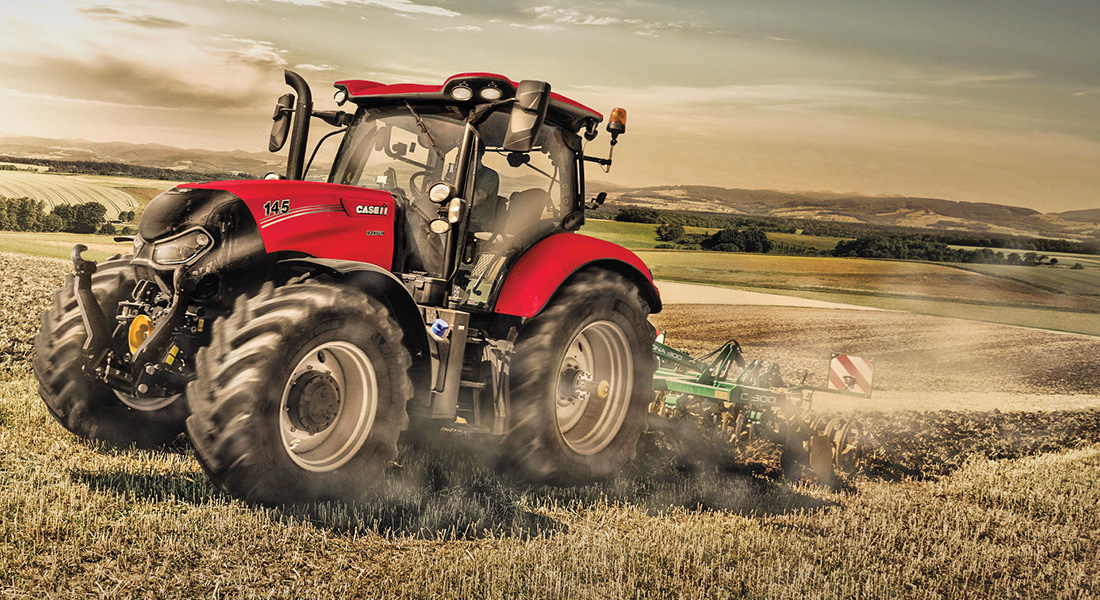 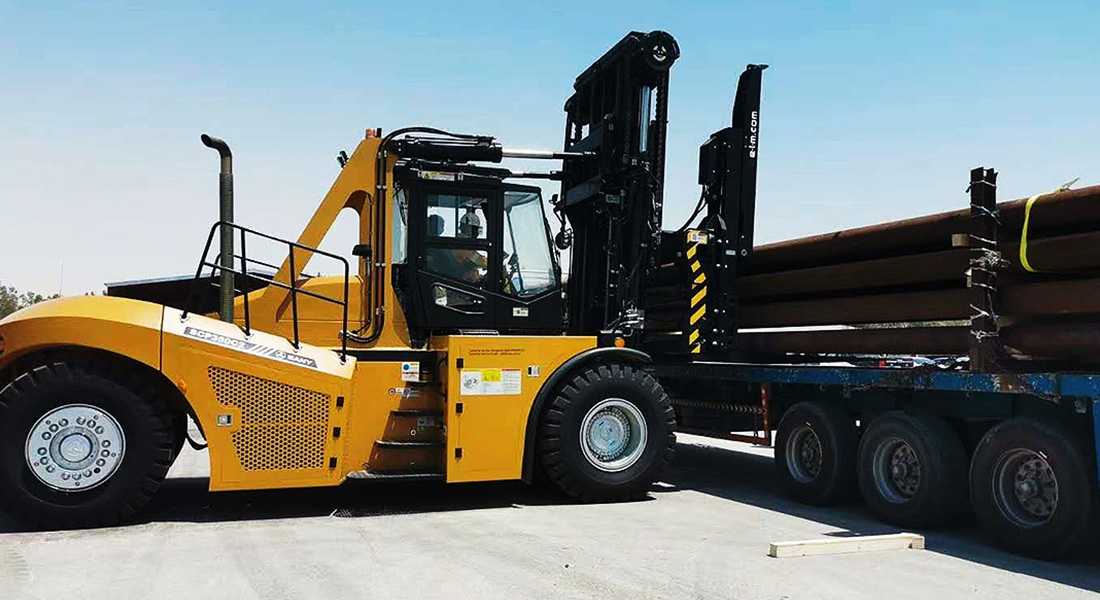 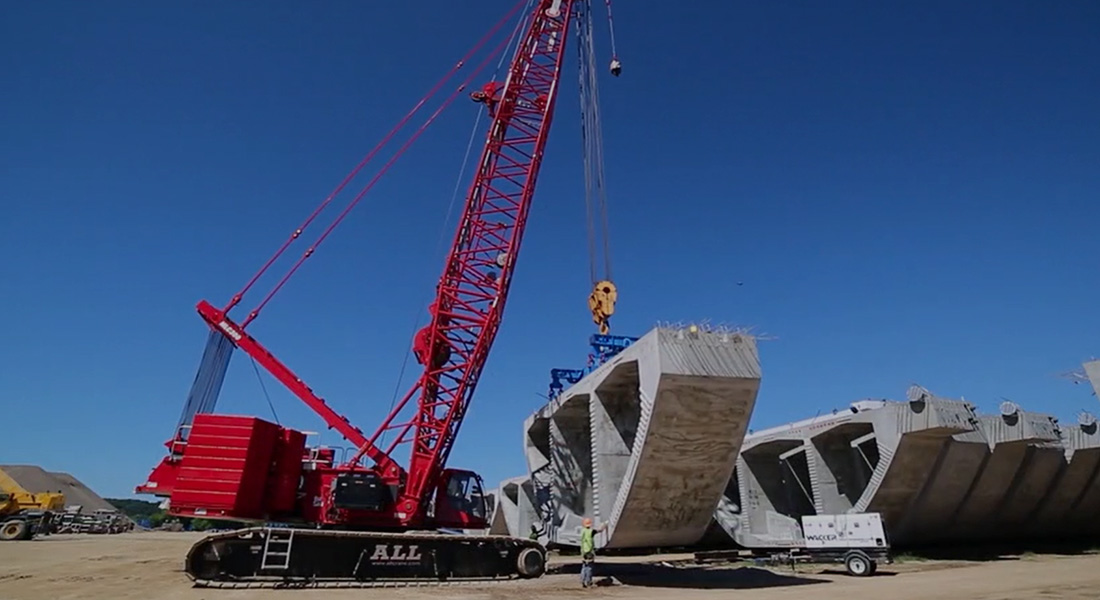