Digitalization in Mining – Through the Rock 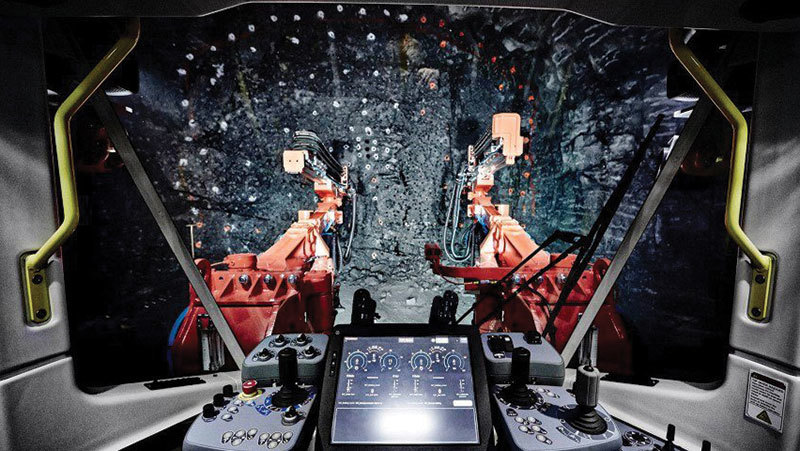 More than 200 leaders in the Latin American mining industry met in Santiago, Chile for Digitalization in Mining – Through the Rock. The 2-day summit, hosted by Sandvik, focused on leading-edge mining technology, and the digitalization journey contemporary mines face.

“Digitalization is helping companies to grow and optimize their operations,” said Patricio Apablaza, Vice President, Sales Area Andean and South Cone, Sandvik Mining and Rock Technology. “Our partners are here today because they know that this is critical to making their mines sustainable for the future.”

“Since the implementation of the MCS AutoMine Multi at Kibali mine site, we have seen a significant reduction in our operation costs compared to conventional operation. In 12 months our three main Autonomous LHD have moved an average of 4500 running hours and moved over 1 million ton each. The reliability of the system and the machines is higher than we even hoped for,” said Tyler Mckenzie, Automation Project Manager, Underground Mine Department, Rangold Kibali Mine, Democratic Republic of the Congo.

“In Q1 of 2019 KGM will be using similar technology on our production side of the mine (Sandvik’s AutoMine® Multi-Lite) where one operator will have the ability to control up to three seperate machines on multiple levels throughout the mine from the surface. With the multiple machine control from the surface KGM has reduce the number of expats from underground, and will continue to to improve our local Automation operator team.”

The second day participants travelled to the Sandvik Chile headquarters to participate in live remote visits to Sandvik customer sites around the world, enabling them to experience mining digitalization in action. Those present took part in virtual visits to: Democratic Republic of Congo, Bulgaria, Ireland, Canada, Chile and Finland.

“It was a really interesting experience,” said Enrique Patron Costas of Canteras Piatti. “Sandvik showed that it is a leader in the space, and it was important for us to be part of this event. The access to technology and automation is closer than we imagine.”

Throughout the day, Sandvik demonstrated its latest digital offering and participants could see the latest innovations throughout its product portfolio, including process optimization with OptiMine®, information management through My Sandvik digital services and autonomous operation with AutoMine® - together with the latest equipment in underground and surface drilling, loading and hauling, crushing and screening and the rock tools management system.

“We often get asked for reference cases and data to illustrate the value and payback of digital solutions,” said Patrick Murphy, President, Rock Drills and Technologies, Sandvik Mining and Rock Technology. “Over the two days of the conference, our customers were able to share their own experiences and quantitatively demonstrate how our solutions have helped increase their productivity, reduce their production costs and increase their safety.”

The story has been published in the latest issue of Plant & Equipment Middle East - Feb. 2019 Edition