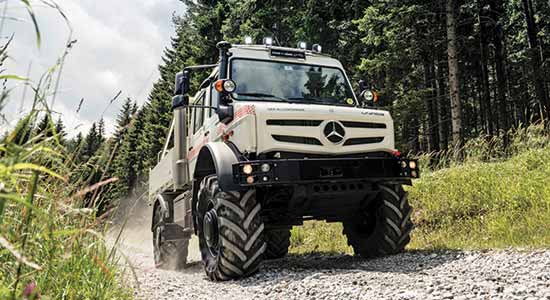 Ritchie Bros. Experiencing One Of The Strongest Demand Tr...

Where Is The Crusher Now? Do Not Disturb 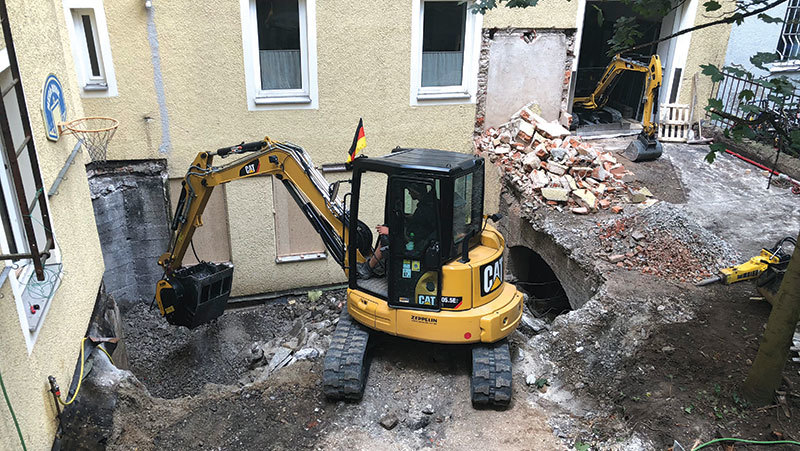 At 45 Franziskaner Strasse in Munich, during the war, people fled to shelter in neighbouring buildings, escaping via underground tunnels, to avoid being stopped in the streets. Some of these tunnels were built as early as 1700. Today the galleries and tunnels are still there, underneath modern buildings, houses, shops, that more often now, need to expand in order to accommodate new tenants or new businesses.

Already crowded city centres cannot spread outside, there are streets, parking bays, sidewalks and generally little space. So the courtyard is the only available choice.

This happened at number 45, where the German company Stöger Baggebetrieb, took on this civil renovations and began to build an extension by demolishing part of the inner courtyard moving on to build new foundations.

The biggest challenge was to safely manage the construction site, in a short time and without disturbing the neighbourhood. The difficulties to face were several: move the equipment, obviously compact, through the narrow courtyard entrance. Do not make too much dust or too much noise, nor vibrations. Manage the excavated material: Work fast and contain costs. Practically, maximum efficiency, no squandering. How?

At number 45 the courtyard entrance is narrow, at the inner yard itself is small. The only equipment capable of fitting without problems is a 5 tons mini-excavator. Others could not have carried out excavations operations. And then? What to do with the excavate material? At first glance the solution seemed to be to load it onto small lorries and haul it the recycling centres, to then bring back the stabilized material into the yard to fill the foundation base.

A logistic management nightmare. Too many lorries to coordinate in and out. Timing issues. Unforeseen costs. Downtime and city centres truck circulations limitation. All factors that could have made this job never-ending and very expensive. 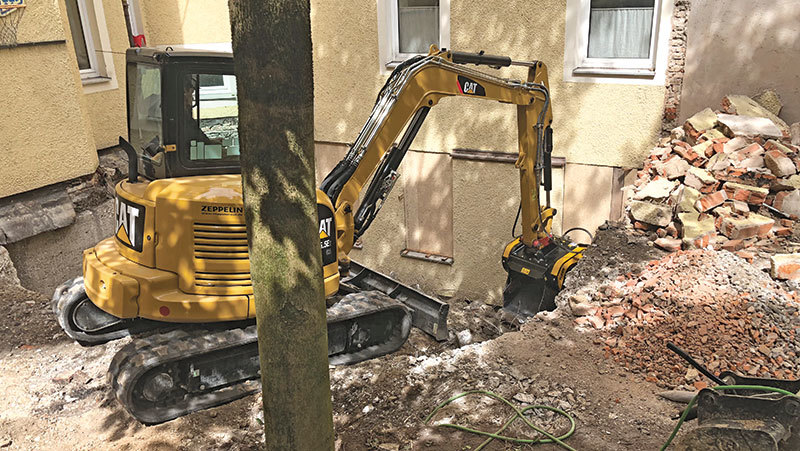 The cost-effective solution? Install a crusher bucket MB-C50 on the Cat excavator and do the work directly inside the yard. In total safety, because the crusher bucket is operated directly from the excavator cab. Manoeuvred in small spaces, because the MB crusher bucket collect the material and reduce it on the same spot, the digger does not move, it simply scoop and crush. Zero transport costs and hassle free operations. No lorries passage needed. Among other things, the needed output size can be adjusted by the operator directly at the site in few minutes, without calling in a specialized workshop.

The MB-C50 crusher bucket does not even have its haulage costs, as it arrives on site installed on the digger that will do the job. It goes through the narrow doorway, it is small, compact and ready to buckle down.

Do not disturb the tenants and respect the environment

Who would want to have at building site beneath a window? Nobody. Noise and dust bother, as well as being harmful to the environment. And vibrations could compromise the building structure.

But the MB-C50 crusher bucket is equipped with a dust nebulizer, reduced noise compared to traditional crushing means, few vibrations to the arm and zero to buildings.

So less machines moving, means less pollution and even noise. Reusing the extracted material on site means less costs and less pollution. And this is how, at number 45, demolition waste becomes a productive resource for the site itself: to fill the new building foundations.

When the opportunity to reuse does not arise at the same site, it becomes a commercial resource: it can be sold to other companies, or be used for other constructions site, for trenching, as road-base, or even as decorative element. 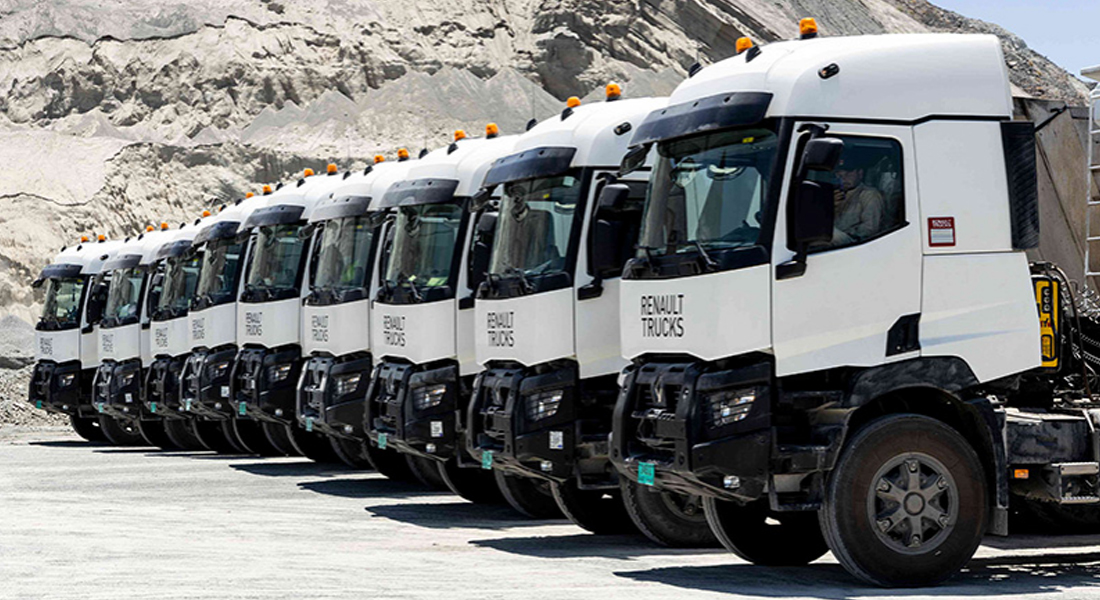 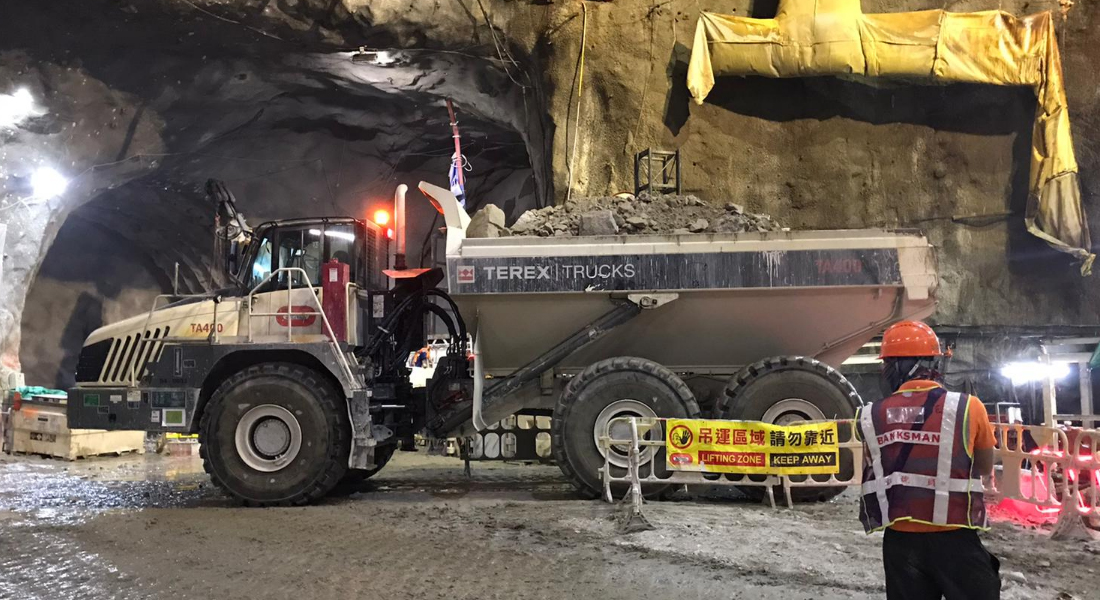 Three Terex Trucks TAs are helping to construct Hong Kong's biggest tunnel. Three Terex Trucks TA400s are helping construct Hong Kong's biggest tunnel – the Central Kowloon Route – hauling up to 4000 tons of debris daily. The robust and reliable articulated haulers are the ideal choice for this demanding job. Since last July the three Terex Trucks TA400s have been working up to 20 hours daily making close to 100 trips per day to clear out the debris from the 3.9 km tunnel construction. And there’s even more work to do – which is why nine more TA400 articulated haulers will be delivered to the project site later this year. Hong Kong is the four... 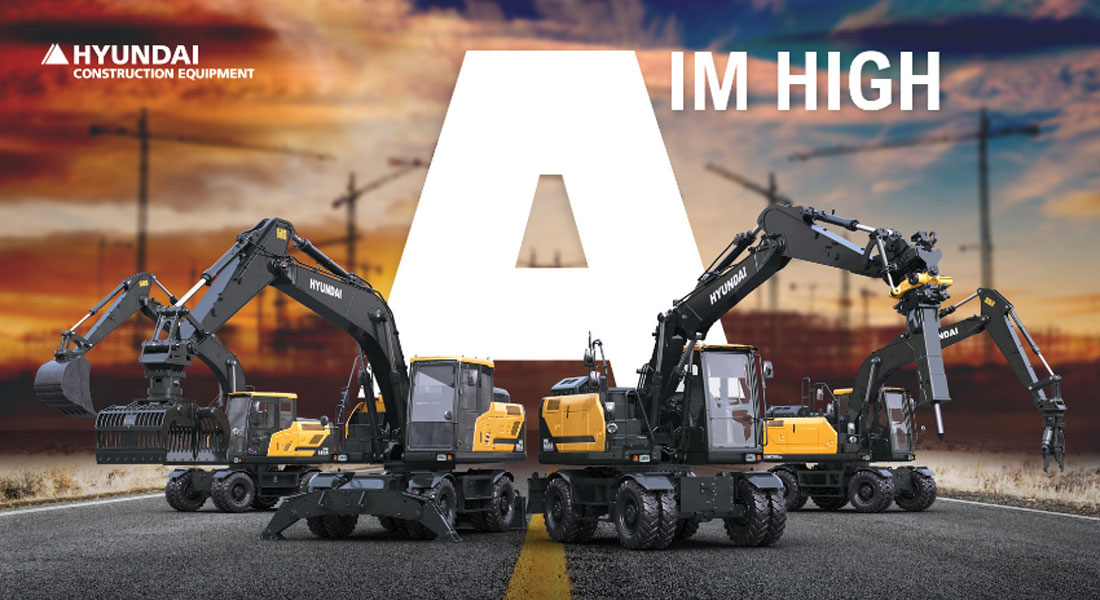