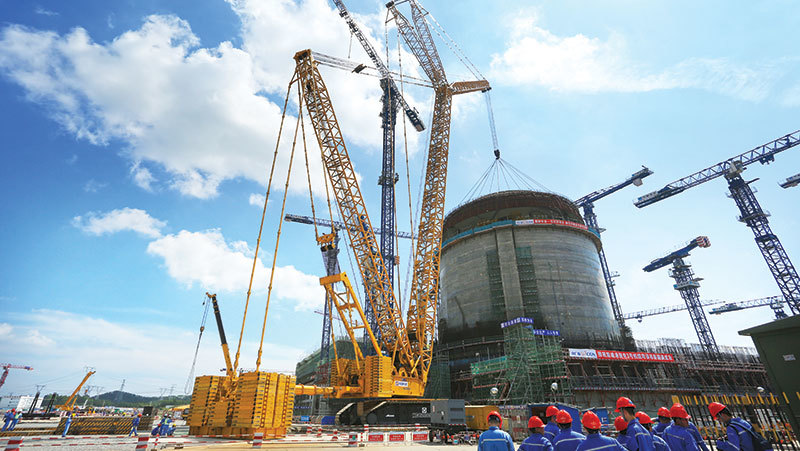 Recently, the “2018 List of Global Top 10 Crane Manufacturers” has been released. Three Chinese companies have been selected. XCMG, which has been taking the lead in the Chinese crane industry for many years, ranks second on the list and stays firmly among the world’s top crane manufacturers.

Since 2017, China’s crane market has been developing more rapidly than before. Last year, the sales of China’s mobile cranes increased by 115.48% year on year, and the sales of cranes manufactured by XCMG increased by over 100%. In addition to the continuous growth in the domestic market, XCMG has been expanding its overseas business.

Over the past years, XCMG has been ranking first across the crane industry in China. Last year, XCMG Hoisting Machinery Business Division maintained its high input in technical innovation, upgraded manufacturing and improved product quality. During the year, XCMG launched upgraded crane trucks, such as XCT8L3, XCT12L3, XCT20L5 and XCT80L6; all-terrain cranes, such as XCA60_E, XCA550, XCA1200; and other products such as the crawler crane XGC100-I.

Many of the newly launched products are first of their kinds in China and even in the world. XCT80L6 is the first 6-arm 80-ton crane truck in China, which tops those with the same tonnage in the market; XCA60_E is the only 3-bridge 60-ton all-terrain crane in China, which has been exported in large quantity to Hong Kong, Turkey and other places; and XCA550 is the first 7-axle 550-ton all-terrain crane all over the world.

Now, the sales proportion of the G-Generation products, which were introduced by XCMG into the market less than 2 years ago, has exceeded 50%. In the field of mobile cranes weighing over 100 tons with high technology and high added value, XCMG’s market share is up to 55.6%, ranking first in China. Particularly in the field of all-terrain cranes above 1,000 tons, XCMG’s products have successfully taken the place of imported products and is gradually gaining dominance in the market. In the field of crawler cranes, XCMG’s market share increased by 10.3% last year, ranking first across the country. 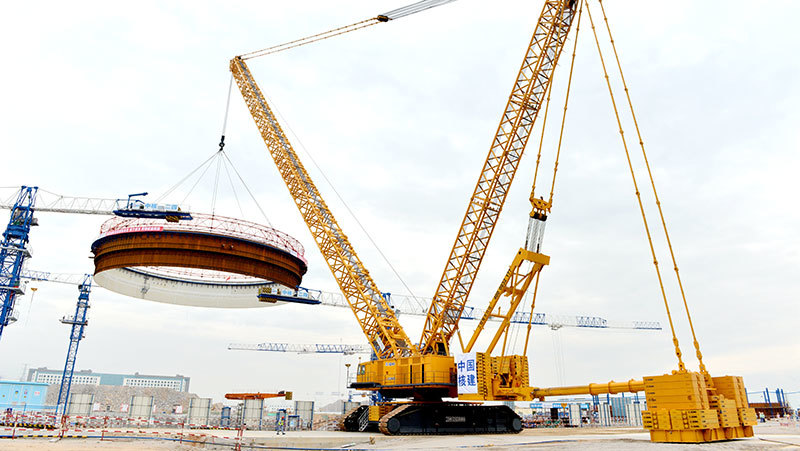 While expanding its advantage and ranking first in the domestic market, XCMG Hoisting Machinery is also opening up overseas markets steadily. Since 2017, XCMG Hoisting Machinery has acquired large numbers export orders for its all-terrain products. XCMG is highly acclaimed by local users in Germany and the US, where all-terrain cranes are the most widely applied and product technology is the most advanced. In the first half of this year, XCMG sent out hundreds of cranes in batches to countries along the “One Belt and One Road.” QAY650, the largest tonnage all-terrain crane manufactured in China, made its debut overseas!

In recent years, XCMG has been making efforts in port machinery. After 10 years’ technology accumulation from 2009, the sales of port machinery, including container cranes, empty container handlers, balanced heavy forklift trucks and rough-terrain wheeled cranes, have increased by five times in 2017. The company has obtained CE and North American certification and its products are sold in more than 20 countries and regions in North America, Africa and Southeast Asia.

Based on the globally integrated R&D platform, the product lines of XCMG Hoisting Machinery share the most advanced technologies selectively, follow high-end designs, go through highly intensive testing, adhere to high standards, achieve high performance indicators and display high value. Currently, XCMG Hoisting Machinery is advancing to higher levels, bringing the overall research and manufacturing of Chinese cranes to new heights and striving to climb to the top of the industry across the world. 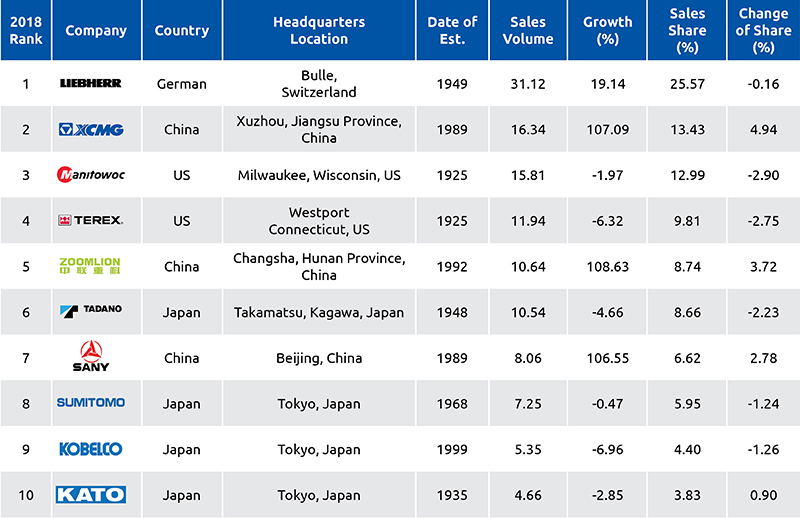