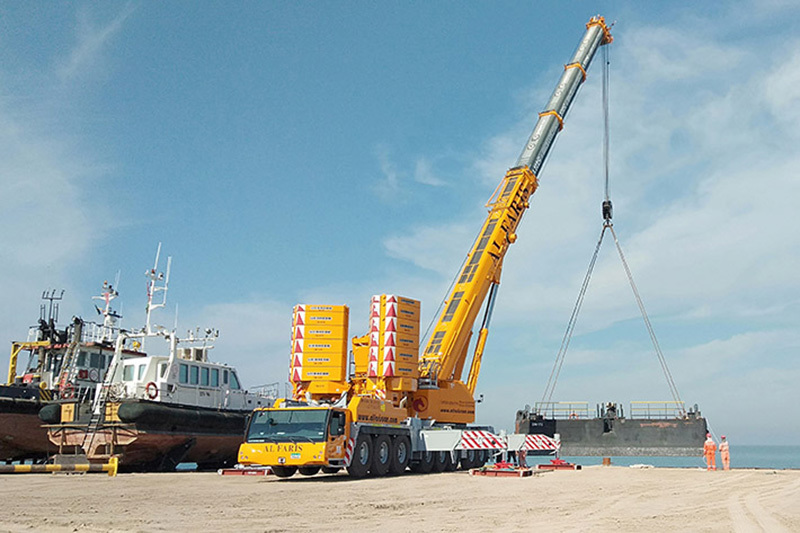 Al Faris is one of Liebherr’s largest customers and currently has around 400 Liebherr cranes in its fleet. One year ago, the company placed a major order for 25 Liebherr mobile cranes worth around 18 million euros. The new order includes mobile cranes with lifting capacities between 50 and 300 tonnes. Al Faris is extremely satisfied with the 14 LRT rough terrain cranes which have already been delivered and has therefore ordered a further 12 of these machines. The 24 all-terrain mobile cranes also include crane models which have not featured in the fleet to date – two LTM 1090-4.2, four LTM 1230-5.1 and an LTC 1050-3.1 compact crane.

The Al Faris Group, based in Dubai, UAE, was founded in 1992, celebrated its 25th anniversary last year and has a successful company history. Al Faris is the largest crane and transport vehicle rental company in the whole of the Middle East and one of the largest in the world. The core business of the Al Faris Group is mobile crane rental. The company has a 3200-strong workforce based at five sites in the UAE and in Saudi Arabia.