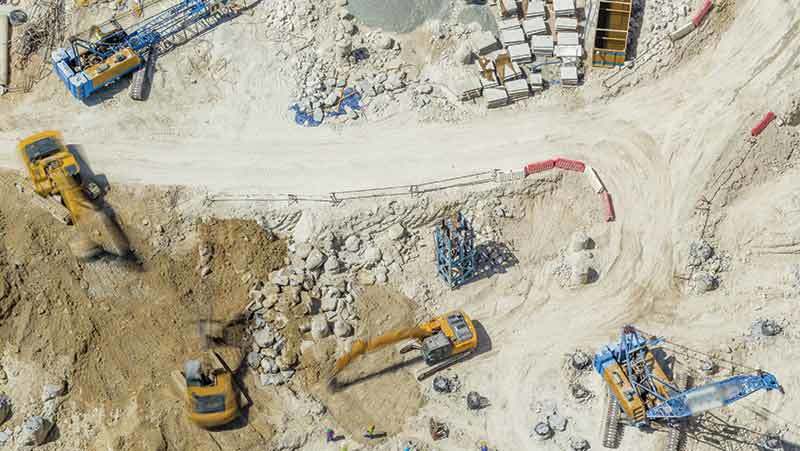 MAG City is located in Mohammed Bin Rashid Al Maktoum City Meydan District 7 - a prime location that is close to both Dubai International Airport, Downtown Dubai, DIFC and Dubai Creek Harbour. The development features 5,100 units comprising studios, one and two-bedroom apartments as well as 694 units comprising two- three- and four-bedroom townhouses. All have been designed to offer quality living spaces at affordable prices in addition to basketball and football courts, indoor and outdoor playing areas and retail spaces spread across 25,000 sq. ft. in an upcoming area of the city that is expected to deliver high ROI and significant price appreciation over the coming years.

Recently, MAG Property Development (MAG PD) announced the appointment of China National Chemical Engineering Group Co. Ltd. (CNCEC) for the construction of the first phase of MAG City. The contract, worth USD 500 million was assigned during a signing ceremony that took place at CNCEC’s headquarters in Bejing, China. The signing ceremony was attended by Dai Hegen, Chairman of CNCEC, and Moafaq Al Gaddah, Chairman and Founder of MAG Group Holding and MAGLD. The chief executives for both companies also signed a letter of intent to construct the remaining phases of the project for AED 1.38 billion. 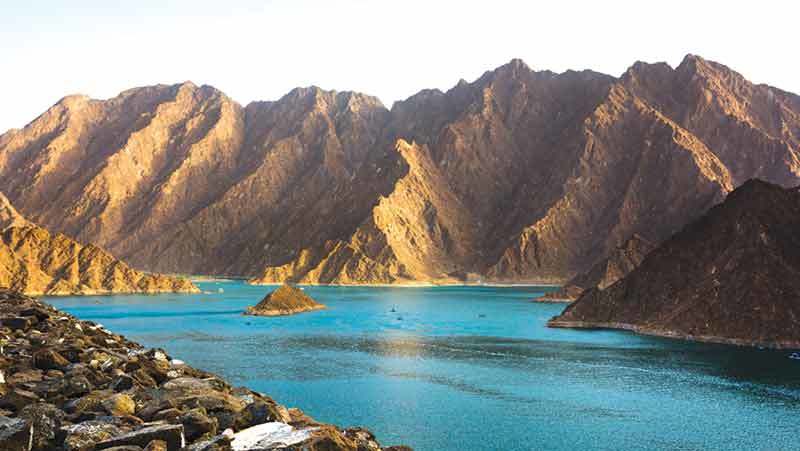 Dubai Electricity and Water Authority (DEWA) has awarded the Strabag Dubai, Strabag AG, Andritz Hydro and Ozkar consortium the construction contract for the Dh 1.437 billion ($391 million) pumped-storage hydroelectric power station at Hatta. The project is the first of its kind in the Arabian Gulf and will generate 250 MW. The project is expected to last up to 80 years and is scheduled to be commissioned by February 2024.

EDF has been awarded a consultancy contract worth Dh 58 million ($15.9 million). This strategic project will diversify the energy mix, and support the economic, social and environmental development of Hatta. It will also achieve the goals of the Dubai Clean Energy 2050 to provide 75 per cent of Dubai’s total power output from clean energy by 2050. DEWA will provide leading and innovative job opportunities for UAE Nationals to support the Hatta Comprehensive Development Plan. These include positions at the Visitor Centre, and other outdoor activities and tourist facilities associated with the project. 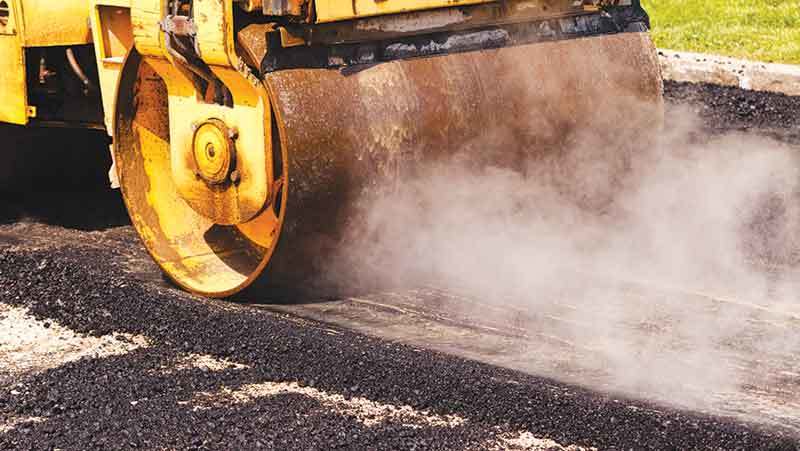 The expansion of Jounieh Highway will start before the end of the year. The highway will be expanded to new width of 50 meters. It will include three lanes plus one safety lane in each direction. It will cover 10.5 km of the highway from Nahr El Kalb to Tabarja.

The cost of the project is EUR 48 million ($53.5 million) financed by a loan from the European Investment Bank (EIB). The project will take place over a period of 30 months. The first six months will be for removing the buildings which obstruct the expansion. Around 40 buildings will be subject to partial or total destruction.

The Council for Development and Reconstruction (CDR) completed the purchase of all the properties impeding the expansion of the highway last year, at a cost of $34 million. The entrances and exits of the roads joining with the highway will be enlarged as well. The project also includes the option to add a 10-meter wide elevated highway for public transport. 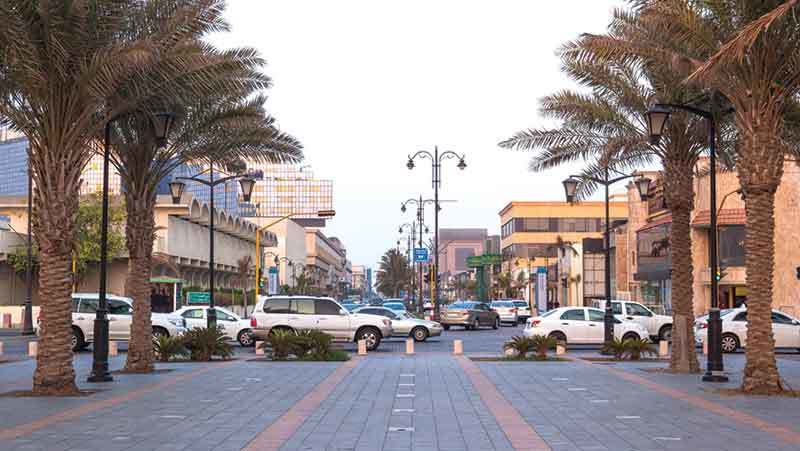 Construction of a double-track 16 kilometers long tram with 15 stations on Jeddah northern Cornish, Jeddah, Saudi Arabia. The project involves north-south line along the coast from Globe Roundabout to near Tahlia Street. The tram line will run parallel to Jeddah’s Northern Corniche Road with a fleet of around 11 trams. The project is a part of The Jeddah Public Transport Programme (JPTP) and is expected to cost USD 12 billion. 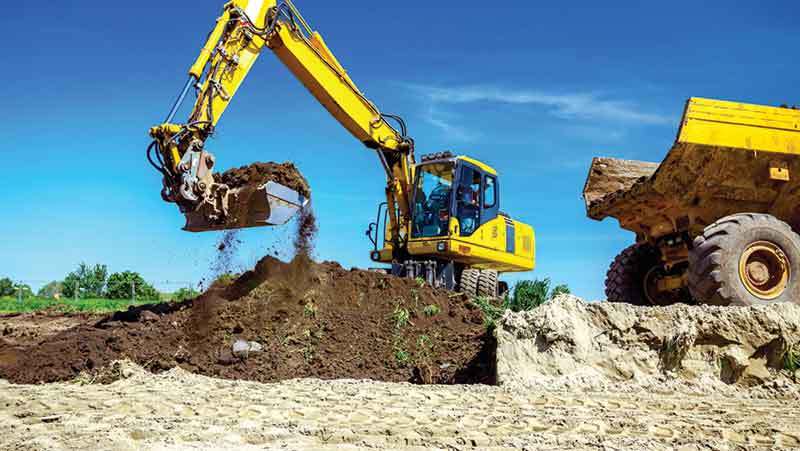 The Kuwaiti government has signed a contract worth a total of KWD 108.45 million ($356 million) for the project of Al Mutlaa Residential City. This projects contract covers the development works of roads and intersections in the residential project.

Al Mutlaa Residential City is considered one of the vital projects that will link Al Mutlaa city with the highway network (Al Abdaly Highway/Subiya Expressway), as it will accommodate 70% of the traffic volume flowed from the city. The contract reflects a new strategic dimension in line with Kuwait’s overall development plan, noting that it will boost the infrastructure of Al Mutlaa city as well as the roads network in North Kuwait. 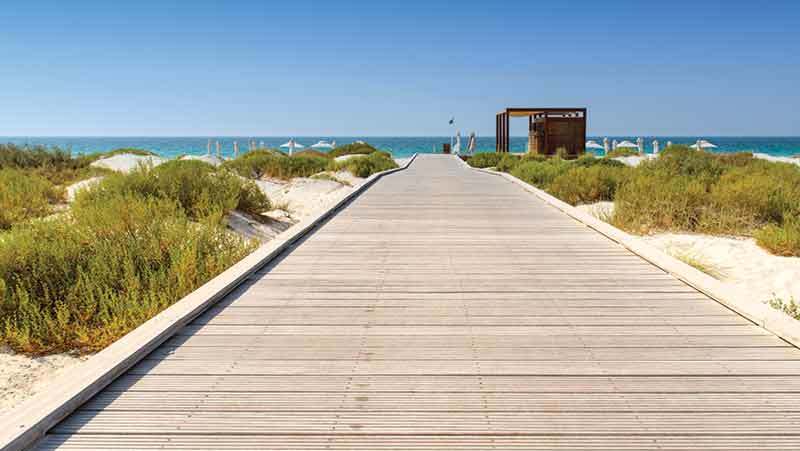 The Dh 722 million ($200 million) community features 306 infrastructure enabled land plots open to buyers of all nationalities. The new project is the first land plot development to be launched on Saadiyat Island since the introduction of new laws enabling foreign buyers to own freehold land in investment zones in Abu Dhabi in April 2019.

The 422,370 square metre community will offer 306 villa plots of various sizes, ranging between 600 to 1,400 square metres, ideally suited to accommodate homes of 4 to 6 bedrooms. The different plot sizes provide flexibility for customers to design bespoke homes to suit their needs and tastes. Amenities in the community will include community centres, parks, schools, mosques and a host of retail offerings. Works on the project are due to begin in Q1 2020, with handovers scheduled for mid-2022. 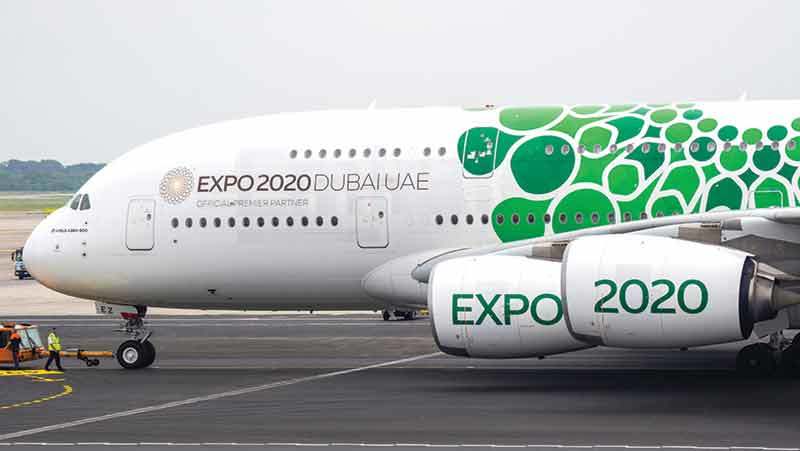 Department of Commerce, Ministry of Commerce & Industry, Government of India has approved conceptualizing, designing & construction of India Pavilion at World Expo-2020 which is to be held in Dubai between October 2020 to April 2021.

The four-storey Indian pavilion would be located within Expo 2020 Dubai’s Opportunity District. The pavilion will showcase the country’s strengths in innovation & start-ups particularly in the hi-tech sector. Structural work is expected to be completed by December 2019, while civil works would complete by March 2020. In addition, the entire pavilion with interiors and curation will be ready in August 2020, well in time for the inauguration of the expo in October. 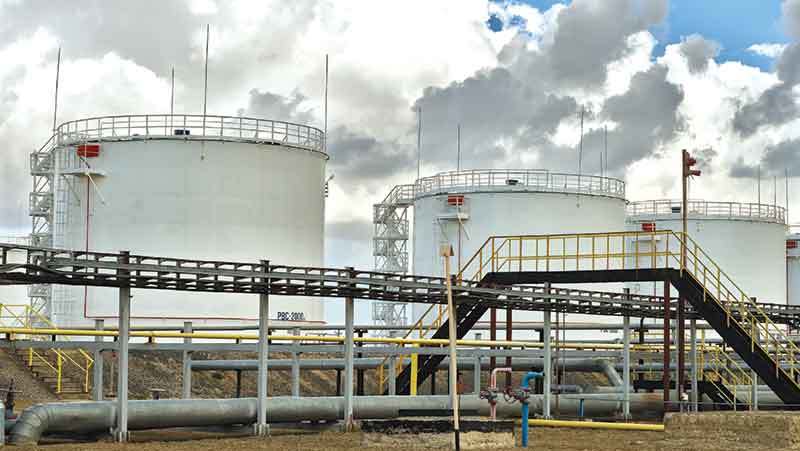 Kuwait has approved plans to build 11 petroleum products tanks as part of a project to expand the existing storage facility in Matla in the Northern Jahra governorate. The project has a cost of around KWD 66 million ($218 million) and will increase the number of storage tanks at the facility to 18. KNPC has received land for the project and is in the process of preparing engineering designs. The project has been approved by the Company’s Board and tenders will be issued once it is approved by the Kuwait Petroleum Corporation. 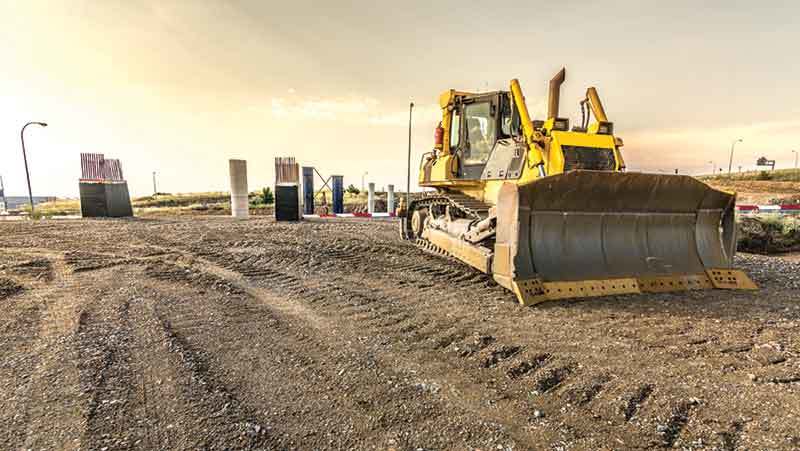 Ministry of Infrastructure Development is working on developing and upgrading efficiency of two roads in the Emirates of Sharjah and Ajman. First project, which features the implementation of the second phase of the developing and upgrading the road (E88) Sharjah - Al Dhaid - Masafi from Battaih road, has begun in December 2018 achieving 14 per cent of its completion.

The second phase of the project will cost a total of Dh 82 million. It aims to widen the road of the single lane for each direction by removing the old road and establishing a new double-lane road with two lanes for each direction for 13 km long. It will connect each of the intersection 10 on Sharjah-Al Dhaid Road (E88), with Mahafez intersection on Sharjah Maliha Road (E102) with provision of internal and external shoulders on the roads. The project also feature construction of a new flyover on the new Khorfakkan road, as well as the traffic safety requirements in terms of signs, road signs and lighting works, in addition to the implementation of water drainage networks.

The development of Etihad Road with intersection of Sheikh Zayed Mosque in Ajman, has reached 33 per cent of completion at a total cost of Dh 49.5 million. It is expected to be completed during the first quarter of 2020. 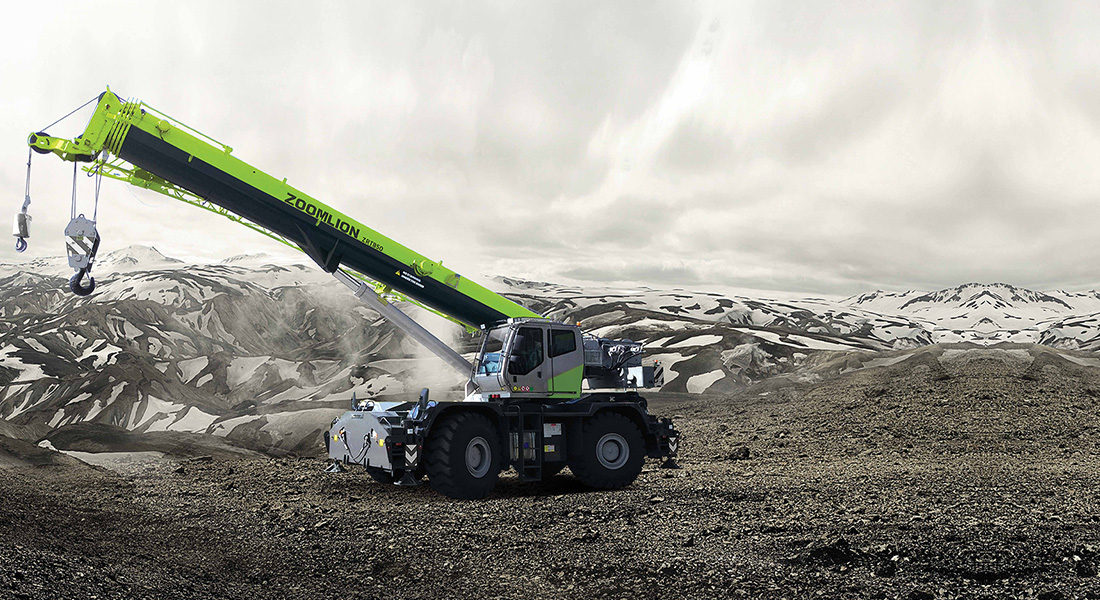 With an enhanced product strategy mature Middle East dealer network and new finance offerings Zoomlion is growing its market share across key segments representatives from its Dubai office tell Plant &amp; Equipment magazine. Zoomlion Heavy Industry Science and Technology Co Ltd traces its roots to 1956 when it was founded as a government research institute. It became a for-profit company in 1992 and began international sales in 2000. Now 20 years on the company has forged a notable presence in several key segments in the Middle East including tower cranes mobile cranes and concrete equipment. Its product range extends across earth-moving mach... 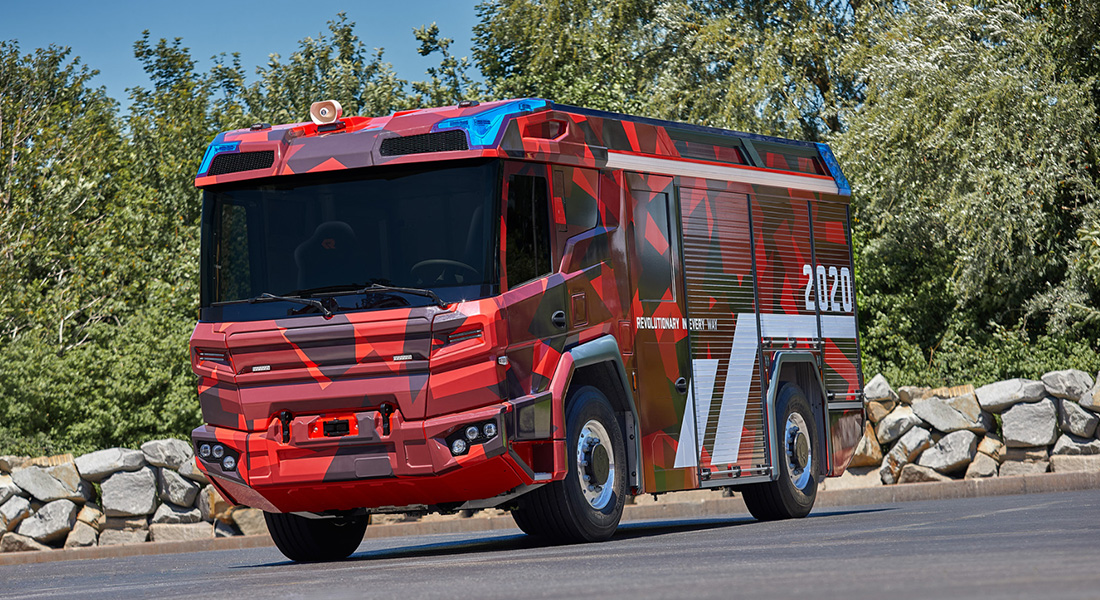 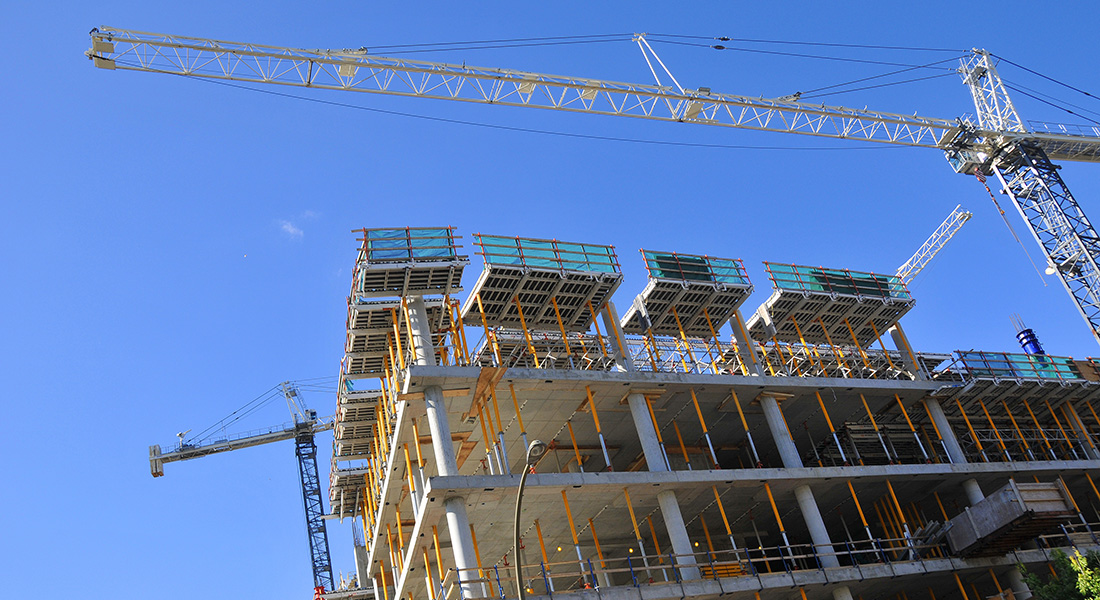 UNITED ARAB EMIRATES Project: Etihad Rail Package D Value: USD 558000000 Client: Etihad Rail Company Website: www.etihadrail.ae HSBC has structured and financed a $558m working capital package for the contractors who successfully tendered for the civil works and construction contract for Package D of Stage Two of Etihad Rail’s national railway network. With the working capital facilities now in place construction on the railway line has begun. Etihad Rail Package D involves the construction of a 145km railway line connecting the ports of Fujairah and Khorfakkan to the pan-Emirates network at the Dubai border with Sharjah opening up connections...

Volvo Penta electric driveline is a game-changer for the fire truck of t...